The latest Financial System Stability Assessment (FSSA) and Financial Sector Assessment (FSA) reports released by the International Monetary Fund and the World Bank, respectively, calls for a stronger regulatory system for banks and other financial institutions in India. 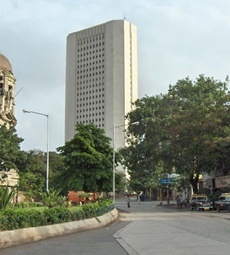 The Second comprehensive Financial Sector Assessment Programme (FSAP), conducted for India in 2017, says there is a need to strengthen Reserve Bank's independence so as to help it pro-actively supervise banks and deal with issues like removal of government-appointed directors on bank boards.

The report also suggested that loan classification and provisioning rules should be reviewed to ensure they reflect observed losses, and to reduce special loan categories. ''Other priorities include introducing a risk-based solvency regime for insurers, unifying the oversight of commodities markets and addressing risks from politically exposed persons and the gold sector,'' it said.

The FSAP assessment acknowledges the strong growth that India has recorded in recent years in both economic activity and financial assets with size of the financial system remaining broadly stable in terms of GDP at about 136 per cent. Increased diversification, commercial orientation, and technology-driven inclusion have supported growth in the financial industry, backed up with improved legal, regulatory, and supervisory frameworks.

The FSAP report acknowledges many efforts by Indian authorities like tackling non-performing assets (NPAs), measures to recapitalise banks and introduction of special resolution regime, formalisation of the National Pension System (NPS) and making the pension sector regulator statutory, passing of Insolvency and Bankruptcy Code and setting up of Insolvency and Bankruptcy Board of India (IBBI), to name a few.

On the financial sector regulatory mechanism, the report notes that the establishment of the Financial Stability and Development Council (FSDC) with its Sub-Committee and four technical groups and the move for setting up a Financial Data Management Centre (FDMC) has helped improve coordination among various agencies in the financial sector.

FSAP assessment acknowledges the substantial progress that RBI has made in strengthening banking supervision by introduction of a comprehensive and forward-looking Supervisory Program for Assessment of Risk and Capital (SPARC), domestic and cross-border cooperation arrangements, Asset Quality Review (AQR) and the strengthening of regulations in 2015 leading to improved distressed asset recognition, to name a few.

The Basel III framework and other international norms have been implemented or are being phased in, including stricter regulations on large exposures. It also notes RBI establishing a new Enforcement Department and revising the Prompt Corrective Action (PCA) framework that incorporates more prudent risk-tolerance thresholds. The Report notes that risks in shadow banking sector in India were limited and that risks in non-bank financial subsectors appear contained but continue to warrant close monitoring.

The FSAP also identified areas where a scope for further improvement remains. ''Notably, these include strengthening the RBI's de jure independence as well as its powers over the PSBs (Public Sector Banks),'' the report said.

The FSSA said effective supervision requires stronger de jure independence and enforcement powers as well as a proactive supervisory stance. ''The current gaps in the RBI's supervisory powers over the PSBs (ie, the RBI cannot remove government-appointed PSB directors or management, force a merger, revoke a license, or trigger liquidation of PSBs), as well as extensive powers of the government to override RBI decisions should be addressed through legal amendments,'' it said.

As per the IMF, effective use of the enhanced supervisory tools and methodologies will require continued efforts to ensure a proactive supervisory attitude and willingness to ''lean against the wind''. To address conflicts of interest, the IMF further said ownership of the National Housing Bank should be transferred from the RBI to the finance ministry and supervision of housing finance companies placed under the RBI.

''There is also a need to introduce risk-based solvency and supervision of insurers and to continue moving toward a market-based environment for the sector,'' the IMF said. Unifying the oversight of all commodities DEC22-IMF=-RBIwould promote more efficient market functioning, in line with the authorities' intention to modernise the sector, it added.

Most of the FSAP recommendations for India are related to further improvements needed in the structure and functioning of the financial system and many of the detailed recommendations are in sync with the authorities' own assessment.