Nasa’s Stratospheric Observatory for Infrared Astronomy (SOFIA) – a telescope operating from an aircraft - has confirmed, for the first time, water on the sunlit surface of the Moon. This discovery indicates that water may be distributed across the lunar surface, and not limited to cold, shadowed places, Nasa revealed today. 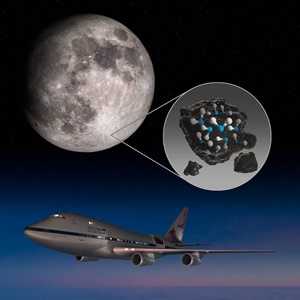