The National Association for Software and Services Companies (Nasscom) is in the process of preparing a policy advocacy document that highlight issues like taxation and streamlining of rules to incentivise start-up in small towns that could create jobs in small towns, to be presented to the new government. 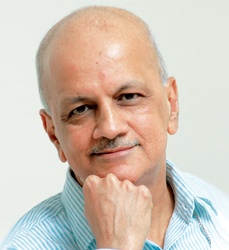 Nasscom has prepared a five-point agenda for the new government to help IT companies contribute in the development agenda of the country and to enable them in increasing their global footprint, Nasscom president R Chandrashekhar said early this week.

"We are suggesting to launch a technology entrepreneurship mission immediately, in which there are several different components which together will accomplish this purpose," he said.

"We have prepared an agenda for the new Indian government in terms of what it should do (for IT sector). How the new government can use the strength of the Indian IT industry, which has global reach and globally recognised capabilities to achieve the development agenda within the country. What they need to do in order to achieve that and what they need to do to enable the Indian IT industry is to increase its global foot print," he said.

Prime minister-elect Narendra Modi himself is convinced that India's future lies is information technology and had expressed support to the industry at a video-conference at Nasscom's National India Leadership Forum in February this year, when he said he would place an increasing focus on the IT sector.

Nasscom's wish list is bit long and covers various issues ranging from streamlining transfer pricing rules and making it easy for failed start-ups to wind down their operations to changing laws to better regulate the nascent e-commerce sector and fresh incentives to drive government's domestic IT adoption.

"We are very happy that there is a decisive majority. It would be relatively easy for the NDA government to make changes that would help the industry, a major contributor to GDP, grow further," Chandrasekaran said.

While the government remains the largest contributor to IT spend in the country, several Indian and multi-national IT companies, including Infosys and IBM, are also feel threatened by the taxman's demands.