US crane maker Terex Corp announced that it has received a revised $31 per share non-binding takeover proposal from Zoomlion Heavy Industry Science and Technology Co. (Zoomlion). 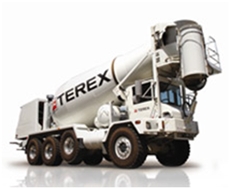 Zoomlion's revised offer values Terex at $3.4 billion, up from its earlier offer of $3.29 billion.

''The Terex Board of Directors, in consultation with its legal and financial advisors, has determined to pursue negotiations of definitive terms with Zoomlion to ascertain whether it can obtain a binding proposal from Zoomlion which provides for a high degree of closing certainty, the Westport, Connecticut-based company said in a statement.

Zoomlion's proposal is conditioned on, among other things, receipt of US and Chinese regulatory approval and shareholder approval.

Terex also said that it has not changed its recommendation to support its earlier takeover agreement with Finland's Konecranes.

''Until such time as Terex' existing agreement with Konecranes is terminated, Terex is prohibited from entering into an agreement with Zoomlion,'' the statement added.

Zoomlion had last month offered to pay $30 per share, a 47-per cent premium to Terex's 16 February closing price (See: China's Zoomlion offers to buy US crane maker Terex for $3 bn)

That move came six months after Terex and Konecranes agreed to an all share merger in order to create a $10-billion company. Konecranes had offered 0.80 of its shares for each existing Terex share.

Zoomlion's bankers who are funding the deal, including China Development Bank and the Export-Import Bank of China, are waiting for Terex to provide access to the due diligence report in order to finalise their financing commitments.

Terex's market is mainly concentrated in the US and the European markets, while Zoomlion's presence is mainly in China and the emerging markets.

Post closing, the merged company will have a more comprehensive product chain and a global footprint.

The merged company will be able to realise production capacity synergies and optimize finance costs.

It manufactures a broad range of equipment for use in various industries, including the construction, infrastructure, manufacturing, shipping, transportation, refining, energy, utility, quarrying and mining industries.

It also provides financial products and services to assist in buying its equipment through Terex Financial Services.

With annual revenues of nearly $4.2 billion, Zoomlion is the largest equipment manufacturing company in China and sixth largest in the world.

Founded in 1992 and based in Hunan, Zoomlion manufactures high-tech equipment in the areas of agricultural, building, energy, environmental, and transport engineering.

The company has independent intellectual property rights in 11 major categories and 51 product lines, as well as nearly 1200 leading products.

Terex provides mobile harbor cranes in US ports that are seen as a critical part of the country's infrastructure, and any deal with a Chinese company would need the approval from the Committee on Foreign Investment in the United States.