The long-pending merger of Bharat Sanchar Nigam Ltd and Mahanagar Telephone Ningam Ltd, the two state-owned telecom operators, is likely to take place by July next year in a move to synergise operations by offering services as a single entity. 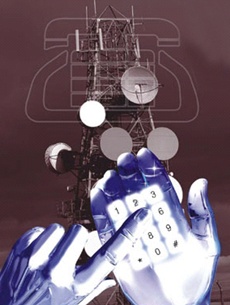 At present, MTNL caters for Delhi and Mumbai, while BSNL offers services across the rest of the country.

"The deadline of June-July 2015 has not been officially conveyed to the organisation but the merger is likely to take place in that time frame," BSNL director (consumer mobility) Anupam Shrivastava told PTI.

He added there are some matters which need to be sorted out before the merger takes place, which include the salary issues and the debt on MTNL's books.

"Commercially it makes sense for the two companies to merge as it will lower the tax outgo. Currently, BSNL is billing MTNL and vice versa for services for which both are paying taxes. If it becomes one entity, the tax outgo will be less," Shrivastava said.

Among the issues still to be resolved, Shrivastava said the first was that MTNL is a listed company and the government has to see how it can be merged with BSNL. One option could be that the government buys back MTNL shares, he said.

"The second thing is the salary difference between the two firms. The salary of MTNL employees is higher than BSNL, so that issue needs to be sorted out," he added.

The other issue is about debt on MTNL books, which is a big concern for BSNL.

Shrivastava said in order to resolve this issue, the government can provide a soft loan to the new entity.

Minister of communications and IT Ravi Shankar Prasad said in a recent interview to DD News, "There is an idea under consideration; we have not taken a final call [on the merger]."

Prasad said as of now the companies need to be revived. "I personally monitor the functioning of both these departments as to how many towers are functioning, the names of chief general managers are there, their mobile numbers are there, I talk to them directly ... so monitoring is done at my level also," Prasad said.