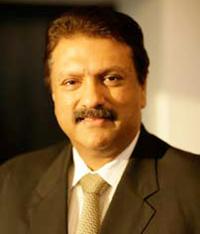 This deal values the GSM operator at $11.6 billion, even though, the companies did not reveal valuations for the Indian operator. Piramal Healthcare share prices which opened lower were trading up by 1.15 per cent at 9.19 a.m.

The transaction contemplates various exit mechanisms for Piramal, including both participation in a potential Initial Public Offering (IPO) of Vodafone Essar and a sale of its stake to Vodafone, Vodafone Essar said in a statement.

Piramal Healthcare would purchase the shares from ETHL Communications Holding Ltd, while there is also an option to sell the stake back to Vodafone, it said.

The transaction follows the settlement between Vodafone and Essar over the sale of Essar's approximately 33-per cent stake in Vodafone Essar, announced on 1 July 2011, it added.