The Seattle CEO who hit the headlines a few months back when he  boosted the salaries of his employees to a minimum of $70,000 a year says he is down in the dumps. 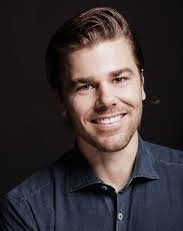 According to Dan Price, 31, who spoke to The New York Times, things had become so bad he had been forced to rent out his house.

A few months back, Price had grabbed headlines amid accusations of being a socialist, with the new salary minimum he announced for all 120 employees at his Gravity Payments credit card processingfirm (See: Seattle CEO cuts own salary 90% to hike employee wages).

(See: Seattle CEO cuts own salary 90% to hike employee wages). Price said he would also cut his $1 million pay package to pay for it and to address the wealth gap.

''I'm working as hard as I ever worked to make it work,'' he told NYT in a video that showed him sitting on a plastic bucket in the garage of his house.

''I'm renting out my house right now to try and make ends meet myself.''

According to the report, Price's decision cost him a number of customers and two of his ''most valued'' employees, who left the company after newer ones ended up with bigger salary hikes than older ones.

''He gave raises to people who have the least skills and are the least equipped to do the job, and the ones who were taking on the most didn't get much of a bump,'' Gravity financial manager Maisey McMaster, 26, told the paper.

Meanwhile commentators said, what outsiders did not realise was the amount of turmoil all the hoopla had caused at the company itself.

For starters, Gravity was simply not prepared for for the tsunami of emails, Facebook posts and phone calls. The attention though initially thrilling was also exhausting and distracting, some even hoped the measure would boomerang.

What was even worse was a few customers believing it to be a political statement, withdrew their business, while others anticipating a fee increase - despite repeated assurances to the contrary - also left.

While new clients were also stepping in by the dozens inspired by Price's announcement, those accounts would not start paying off for at least another year.

To handle the flood, Price had to hire a dozen additional employees - now at a significantly higher cost and was struggling to figure out whether more were needed without knowing for certain how long the bonanza would last.

Last month Price was sued by his brother, who is his business partner, for having improperly used his majority control of the company to pay himself excessive compensation'' prior to the change (See: Seattle CEO who boosted every employees' salary to $70,000 sued by brother).