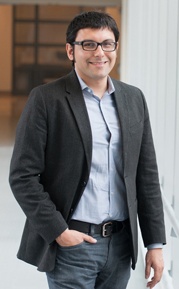 When Congress tightened personal bankruptcy laws in 2005, it brought an end to one of the most pro-debtor periods of bankruptcy rules in the country's history.

In the years leading up to the new federal law, known as the Bankruptcy Abuse Prevention and Consumer Protection Act, many states increased the amount of assets a borrower declaring bankruptcy would be protected from losing.

And although the study finds evidence that greater personal bankruptcy protection emboldened borrowers to pursue self-employment, using credit cards to start businesses in photography, repair work, and the like.

The working paper was written with Meta Brown and Brandi Coates, economists at the Federal Reserve Bank of New York. In it, the authors use household debt data to examine how changes in bankruptcy protections affect consumer behaviour.

The wealth of data detailing changes at different times in different states allowed the authors to rule out that the effect is being driven by other, unobserved local economic conditions that were changing differentially across states at the same time, and allow for a causal interpretation of the bankruptcy laws changes,

In addition to their discovery that increases in the level of bankruptcy protection did result in more borrowing, but no increase in defaults, the authors also found that increases in bankruptcy protection did not affect who was borrowing. People with few assets and little debt history were not suddenly entering the market because of the stronger safety net.

Most likely to respond to greater bankruptcy protection is ''the individual who's already borrowing and also has some assets to protect, but probably is constrained or too risk-averse to take on more debt,'' Severino said. ''But now that you give him more protection, he's willing to do it. But he does it in a way that doesn't lead to higher delinquency.''

Those borrowers, Severino said, tend to be low-income but financially stable. They may be homeowners in poor, urban neighborhoods, or small families with stable, if modest, mortgages in a rural town.

''This is a positive thing in the sense that households are getting more credit, willingly, and banks are not taking on bad credit,'' he said, speculating ''it could be that banks are doing a good job in screening the borrowers that they allow to expand their credit. But also it could be that households use the increase in debt to start good projects that don't lead to default.'' Although, the study cannot distinguish between both hypotheses, he said.

Looking at county level data, the authors saw a rise in self-employment accompanying increases in bankruptcy protection. It is possible that debtors were using credit cards to fund their businesses, but the issue needs a closer look.

The 2005 federal Bankruptcy Abuse Prevention and Consumer Protection Act, coupled with the 2008 financial crisis, had the effect of wiping out any positive gains made by state level personal bankruptcy changes, Severino said, but he believes his work has implications for the economy and for policymaking today.

''What my paper suggests is that between 1999 and 2005 the level of protections were low enough that an increase in them led to a positive effect,'' he said. ''From a policy point of view, you could think about ways of implementing these changes that could help you find that optimal level.

" I think that it wouldn't be hard to come up with a scheme that allows you to iterate changes in a way that you could pin down which one is the optimal level for states. Especially, in our era, we have access to all this data, all this information that could be used to evaluate policies in a more continuous timeframe, as opposed to five or 10 years after.''

MIT Sloan finance professor Antoinette Schoar said the research is original and important because it focuses on the demand side of credit, examining how changes in bankruptcy rules affect people's willingness to use credit, as well as how those changes affect the quality of borrowers in a market.

''What this work shows is that when you make the system of credit very tight  smart borrowers who are cautious or who are afraid of losing their assets will not take credit in the first place,'' Schoar said.

For example, she said, ''there's a subset of the population that is really afraid of borrowing against their house. But - his work suggests this - those are the sort of people who are the most conscientious borrowers. When you prevent the creditor from having access to these people's homes, they are more likely to take credit.''