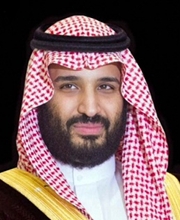 In a move that could have global ramifications, Saudi Arabia, the world biggest crude oil exporter, is considering selling a stake in its state-owned company, which controls more than a tenth of the global oil market.

A potential initial public offering is under review for Saudi Arabian Oil Co, also known as Aramco, Mohammed bin Salman, the kingdom's deputy crown prince, said in an interview with The Economist. A decision will probably be taken in the next few months, he said, without giving further details.

Aramco could rival Apple Inc as the world's biggest listed company. It is solely responsible for tapping the world's second-largest oil reserves, with production double that of its nearest rival.

The company is one of the key players in balancing the oil market and its investment decisions have the potential to move crude prices and affect economies around the world.

Saudi Aramco officials weren't immediately able to comment on IPO plans. The company has previous experience listing a business - in 2008, it floated a subsidiary called Rabigh Refining and Petrochemical Co in the local stock market. The refinery, which processes 400,000 barrels a day, has a market capitalization of $2.3 billion.

Aramco is "the Ferrari of the oil companies", said Danilo Onorino, portfolio manager at Dogma Capital SA, a family office in Lugano, Swtizerland. "Based only on its reserves and using a conservative assumption, Saudi Aramco would be worth over $2.5 trillion dollars."

Opening Aramco up to investors would be the most dramatic change in the kingdom's economic policy since it started nationalization in the 1970s, with Salman comparing his plans to Margaret Thatcher's shakeup of the UK economy in the 1980s.

Salman has held two meetings related to the sale of Aramco shares, The Economist reported citing unidentified officials. Options include selling shares in the parent company, which controls oil exploration and production, to offering smaller units that operate petrochemical, refining and marketing, according to the report.

The Economist said about 5 per cent of the company could be offered initially in Riyadh and more shares could be sold later, although the kingdom would retain control.

Since the ascension last year of his father, King Salman, the young deputy crown prince has been given ample powers to modernize the Saudi economy. He is the chair of the country's Council of Economic and Development Affairs and the head of the supreme council that oversees Aramco.

As such, he could push ahead with an IPO, although the final word remains with his father.

The price of crude sold by OPEC members slid below $30 a barrel on Wednesday, the lowest level in almost 12 years, as turmoil in Chinese markets deepened the global commodities rout. The group's members lost about $500 billion in revenue last year because of the slump, according to the International Energy Agency.

Sole Producer
Despite oil's crash, the Saudi economy is far from a crisis, Salman said, according to a transcript of the interview published on The Economist's website. The country increased its non-oil revenues by 29 per cent and has taken steps to curb public spending, he said.

Exxon, the world's biggest publicly traded oil company, had oil and gas reserves equivalent to about 25 billion barrels at the end of 2014 while Rosneft had almost 40 billion. Saudi Arabia's oil reserves alone totalled 267 billion, according to BP Plc data. Oil companies are typically valued on the reserves they hold.

Opening up Aramco would also advance Saudi Arabia's plan to bring in foreign investors and funds after it opened its IPO market last year.