Securities and Exchange Board of India (Sebi) and securities market regulators of 27 member states of the European Union (EU) / European Economic Authority (EEA) have signed bilateral memorandums of understanding (MoU) under which they will consult, cooperate and exchange information related to the supervision of the 'alternative investment fund managers' (AIFMs). 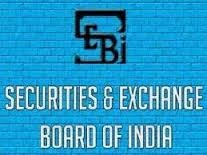 The bilateral MoUs, signed on 28 July 2014, are in line with the EU Alternative Investment Fund Managers Directive (AIFMD) that was adopted by the European Council and Parliament in July 2011. The MoU would ensure that adequate supervisory cooperation arrangements are put in place between EU and non-EU supervisory authorities, including Sebi.

Under the framework of AIFMD, co-operation arrangements between EU and non-EU authorities are a precondition for allowing greater market access and cross border functioning of the AIF business.

Through these MoUs, SEBI and the EU authorities expressed their willingness to cooperate with each other in the interest of fulfilling their respective regulatory mandates, particularly in the areas of investor protection, fostering market and financial integrity, and maintaining confidence and systemic stability, SEBI said in a release.

The text of the MoU was finalized by SEBI and the European Securities and Markets Authority (ESMA), the independent EU Authority that works in close co-ordination with the EU in standard setting and international supervisory co-operation. While ESMA negotiated these MoUs centrally on behalf of the EU/EAA securities regulator, the said MoUs will operate as bilateral arrangements between SEBI and each of the said securities regulators.

These bilateral arrangements mark a crucial step in SEBI's commitments towards enhancing mutual co-operation with the securities markets' regulatory authorities world over. So far, SEBI has signed 20 bilateral MoUs and one letter of intent for mutual assistance and cooperation. SEBI is also a signatory to the IOSCO Multilateral Memorandum of Understanding Concerning Consultation and Cooperation and the Exchange of Information (MMoU), the release added.