Shares of Avenue Supermarts, the owner of supermarket chain D-Mart, made a strong debut on the exchanges today, surging over 100 per cent on the first day of trading and doubling shareholder wealth in one day. 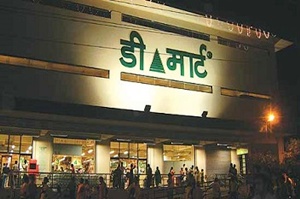 D-Mart shares surged 117 per cent to Rs648.8 on the first day of trading against the issue price of Rs299 – more than doubling share value for those who could get hold of these shares at the IPO.

The initial public offer of shares of D-Mart, one of the most profitable food and grocery retailers in India, saw huge interest from the investor community.

The D-Mart IPO opened for subscription on 8 March and closed on 10 March, with the offer price of shares fixed at Rs295-299. Avenue Supermarts said the proceeds of the issue would be used for various purposes, including repayment of loans.

Incorporated in 2002, Mumbai-based Avenue Supermarts is amongst the largest and the most profitable food and grocery retailer in India. It offers wide range of food and non-food products. D-Mart operates a total of 118 stores.

In the first nine months of current fiscal, it has reported a net profit of Rs387 crore on sales of Rs8,784 crore.