In what could be its largest attachment order, market regulator Securities and Exchange Board of India (Sebi) has attached assets of PACL Ltd (formerly Pearl Agrotech) for failure to refund around Rs60,000 crore to investors by way of principal amount, promised returns, interest payout and other charges. 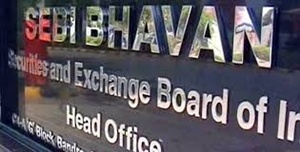 PACL had illegally raised Rs49,100 crore from nearly 50 million investors that it needs to refund along with promised returns, interest payout and other charges, which take the total amount due to more than Rs55,000 crore, Sebi said on Monday.

Further, Sebi said, it has advised all banks, financial institutions, depositories or any other persons holding assets of the defaulters not to part with the same and report it to the recovery officer of Sebi.

''SEBI has initiated recovery proceedings on December 11, 2015 against PACL and its promoters and directors, including Tarlochan Singh, Sukhdev Singh, Gurmeet Singh, Subrata Bhattacharya, Nirmal Singh Bhangoo, TygerJoginder, Gurnam Singh, Anand Gurwant Singh and Uppal Devinder Kumar for failure to refund an amount of Rs49,100 crores with return due to investors, along with further interest and all costs, charges and expenses incurred in the recovery proceedings'' a Sebi release said.

Sebi said the company and its promoters and directors have failed to comply with the its directions dated 22 August 2014 wherein it had directed the defaulters to wind up the schemes and refund money to the investors within a period of three months from the date of the order.

Further, Sebi said, it has advised all banks, financial institutions, depositories or any other persons holding assets of the defaulters not to part with the same and report the same to the recovery officer, at Sebi's Northern Regional Office, New Delhi.

The mobilisation of funds by PACL Ltd traces back prior to 1997. Upon receipt of a complaint, Sebi issued letters dated 30 November 1999 and 10 December 1999 to PACL inter alia advising it to comply with the provisions of the Collective investment Schemes (CIS)  Regulations of Sebi.

The Rajasthan high court in its order dated 28 November 2003, held that ACL's schemes were not CIS as defined under section 11AA of the Sebi Act and quashed Sebi's letters dated 30 November 1999 and 10 December1999 issued to PACL.

Sebi moved the Supreme Court of India against the Rajasthan high court order. The Supreme Court vide its order dated 26 February 2013 while allowing the appeal upheld the constitutional validity of CIS Regulations, and directed Sebi to investigate the matter and take appropriate actions.

After conducting inquiry, Sebi passed the order dated 22 August 2014, wherein, inter-alia, PACL Limited, its promoters and directors were directed to wind up all the existing collective investment schemes and refund the monies collected by the company under its schemes with returns which are due to its investors as per the terms of offer within a period of three months from the date of the said order.

PACL then filed an appeal before the Securities Appellate Tribunal (SAT) against the Sebi order dated 22 August 2014, which was dismissed on 12 August 2015. SAT also directed the defaulters to refund the money within a period of three months.

Since the defaulters failed to refund the money to the investors as per the directions of Sebi and SAT, Sebi said, it has initiated the recovery proceedings.