Foreign funds told to pay up $6 billion in MAT dues

Foreign portfolio investors in Indian capital markets have been told to pay up $5-6 billion in unpaid taxes on their ''untaxed gains'' over the past years. These funds have not paid the minimum alternate tax (MAT) on their long term gains. 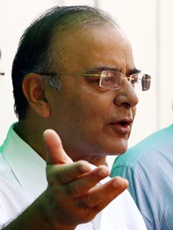 Foreign funds investing in secondary markets in India have so far paid 15 per cent on their short-term gains on investments in listed equity and 5 per cent on gains from bonds, but have not paid anything on their long-term gains.

The tax authorities have been sending notices to these funds since late last year, asking them to pay MAT of around 5 per cent.

A five per cent MAT added to 15 per cent tax on the short-term gains potentially brings overall tax on market gains of these funds to 20 per cent.

There are an estimated 8,000 registered FPIs in the country on whom the stock markets have been dependent.

These funds have made an overall net investment of $226 billion (over Rs11,00,000 crore) in Indian markets and these funds are now propelling the market now.

The number of defaulting funds may rise substantially as assessments are still in progress, and with more notices being served on many more cases, the overall tax demand may well cross $10 billion, sources say.

MAT is generally applicable to domestic and foreign companies with a "place of business in India", and who are required to draw up a balance sheet and a profit and loss account for their business income.

Finance minister Arun Jaitley had, in the Union Budget this year, proposed to amend the relevant sections so as to specifically "provide that income from transactions in securities (other than short term capital gains arising on transactions on which securities transaction tax arising to an FII) is not chargeable and shall be excluded from the chargeability of MAT."

However, these "amendments will take effect from 1 April 2015 and will, accordingly, apply in relation to the assessment year 2016-17 and subsequent assessment years".

This means that FPIs can claim exemption from MAT beginning next year and not for the interim, for which they have to pay.

Tax officials have pointed out that the amendment is ''prospective'' and that there is nothing to suggest that it would apply retrospectively, offering relief to defaulters.

Till 31 March this year, about 100 FIIs been served notices by the tax department for the controversial minimum alternate tax (MAT) of 20 per cent, while they are now being followed up with assessment orders.

Interestingly, this is the first time since 1993, when FIIs were allowed to invest in the Indian markets that such investors have been asked to pay MAT.

These funds are now seeking retrospective exemption for FY15. However, the provisions that were brought into the Finance Bill, say that such exemptions can only be effective from 1 April 2015 for the coming fiscal (FY16).