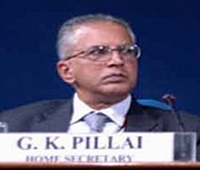 MCX-SX's move follows the resignation of Jignesh Shah, the founder of the Financial Technologies group and non-executive vice chairman of Multi Commodity Exchange of India Ltd (MCX), from the board of MCX, India's largest commodity exchange (See: Jignesh Shah quits MCX board).

The board of MCX, promoted by the troubled Financial Technologies (India) Ltd, had cleared the appointments on 24 October. Market regulator Securities and Exchange Board of India (SEBI) has since approved Pillai's election as chairman of MCX-SX.

SEBI had also, last month, granted licence renewal to the exchange after an extensive inspection.

Pillai was in the Indian Administrative Service and retired as home secretary to the Government of India. An IAS officer belonging to the Kerala cadre of the 1972 batch, Pillai has worked in various positions in the state government of Kerala and the central government, and retired as home secretary on 30 June 2011, from the post to which he had been appointed on 30th June 2009.

Thomas Mathew retired as current-in-charge chairman of LIC and has 36 years of experience in life insurance industry in India. He is currently on the boards of Tata Power, Voltas Limited and Management Development Institute as director.

''We are happy to announce the addition of eminent personalities such as Mr Gopal Krishna Pillai and Mr Thomas Mathew T on the board...We look forward to their valuable guidance,'' U Venkataraman, whole time director of MCX-SX stated.

''I am thankful to the board and SEBI for selecting me for this assignment. Our aim will be to restore the confidence amongst all stakeholders and ensure that the institution continues to demonstrate its contribution to inclusive growth of Indian financial markets,'' Gopal Krishna Pillai, chairman, MCX-SX, stated.

''The institution is robust and follows the global best practices. Our focus will be to leverage strengths of the institution to deliver healthy volumes on the exchange and closely work with the regulators and policy makers for development of Indian markets,'' added Thomas Mathew, vice chairman, MCX-SX.