India to insist on local presence for foreign online retailers

All foreign online retailers will have to register themselves in India if they are to set up e-commerce platforms and carry out business in the country. They should also channelise all product shipments through the customs route, as per the draft e-commerce policy. 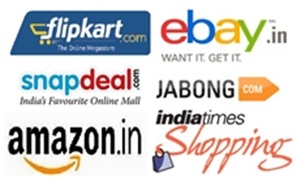 The draft document for which the commerce ministry has sought feedbacks by 9 March, focuses on boosting exports rather than increasing imports into the country.
The policy document deals with six broad issues of the e-commerce sector, which include data, infrastructure development, e-commerce marketplaces, regulatory issues, stimulating domestic digital economy and export promotion through e-commerce.
Reports say the move will impact foreign online retailers, especially entities based in China, who will have to get registered in India if they are to do business in the country.
The draft e-commerce policy released on Saturday stated that all e-commerce sites or apps available for download in India must have a registered business entity in India as the importer on record or as the entity through which all sales in India are transacted.
This means that all the overseas entities should have a presence in India if they are to undertake e-commerce business in the country. Currently, Chinese online retailers such as Shein, AliExpress and Romwe are taking advantage of lack of regulatory curbs in India.
Over the last two years, several Chinese online fashion portals such has Shein, Romwe and AliExpress, helping in turn opening upa big market for Chinese electronic and smartphone companies.
These e-com entities are also reported to have grabbed more than 5 per cent of the overall online fashion business, with Tier-II and Tier-III cities accounting for 30 per cent of their sales.
The total number of shipments from Chinese e-commerce platforms stands close to around 2 lakh per day, according to Shayak Mazumder, reports citing chief executive and founder of homegrown cross-border e-commerce platform Eunimart, said.
The proposed rules on foreign e-commerce websites came after s
Several local retailers, including All India Online Vendor Association, had written to the consumer affairs ministry to look into the operations of Chinese e-commerce websites. Some of these Chinese e-commerce platforms have been using the gift option to sell cheaper products to customers, in order to skirt customs duty and goods and services tax.
Under the new rules, these e-commerce firms will have to either get a formal importer registered in India or set up an entity in the country India so that every product that is sold can be tracked.
The draft policy proposes that in order to plug the misuse of the “gifting” route, all such `gift; parcels shall be banned, with the exception of life-saving drugs.
Also, the draft policy says, any non-compliant e-commerce app or website will not be given access to operate in India.
Major retailers, including Amazon and Walmart-backed Flipkart, that are now foreign firms, but with presence in India, said they are studying the draft. Snapdeal has welcomed the move and said that the draft policy's categorical rejection of inventory-based e-commerce model must be followed by effective implementation of foreign direct investment norms to ensure marketplaces do not own or control inventory, directly or indirectly.
MORE REPORTS