The Future of Humanity Institute at Oxford University and the Centre for the Study of Existential Risk at Cambridge University are to receive a £1-million grant for policy and technical research into the development of machine intelligence. 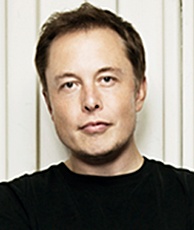 The grant is from the Future of Life Institute in Boston, USA, and has been funded by the Open Philanthropy Project and Elon Musk, CEO of Tesla Motors and Space X as part of a first-of-its-kind grant program dedicated to ''keeping AI robust and beneficial''.

This grant will allow Oxford University's Future of Humanity Institute, part of the Oxford Martin School and Faculty of Philosophy at the University, to become the world's largest research institute working on technical and policy responses to the long-term prospect of smarter-than-human artificial intelligence.

This follows the Institute Director Professor Nick Bostrom's bestselling book Superintelligence, which was endorsed by both Elon Musk and Bill Gates.

Professor Bostrom commented on the donation, "There has much talk recently about the future of AI. Elon - characteristically - decided to actually do something about it. This grant will enable Oxford to expand its research in this area, forming the largest group in the world of computer scientists, mathematicians, philosophers, and policy analysts working together to ensure to that advances in machine intelligence will benefit all of society.'

Musk, however, has expressed his reservations about AI on more than one occasion. "With artificial intelligence, we are summoning the demon," Musk said  at the MIT Aeronautics and Astronautics Department's 2014 Centennial Symposium in October.

"You know all those stories where there's the guy with the pentagram and the holy water and he's like... yeah, he's sure he can control the demon, [but] it doesn't work out."

In August, reiterating his concerns in a tweet, he wrote that AI was "potentially more dangerous than nukes."

Musk raised the spectre of the "Terminator" franchise, saying that he invested in companies working on artificial intelligence in order to keep an eye on the technology (See: Elon Musk fears ''summoning the demon'' with AI).

The funding is part of an international grant programme dedicated to ''keeping AI robust and beneficial'', which today awarded nearly $7 million.

The programme had nearly 300 applicants in this round, which were subject to a thorough academic review process. The joint Oxford-Cambridge research centre will be the programme's largest grant. Three other Oxford-based projects also received funding.

According to Snyder-Beattie of the Future of Humanity Institute said, "The joint centre between Oxford and Cambridge Universities will allow a team of computer scientists, mathematicians, philosophers, and policy analysts to collaborate and help ensure that advances in machine intelligence will benefit all of society."

Cecilia Tilli of the Future of Humanity Institute said, "The fact that over 300 applicants around the world applied for this round of grants suggests rapidly growing interest in this area of research, which is enabling policy analysts to engage in the field for the first time."