The Telecom Regulatory Authority of India (Trai) today said it has written to the union finance ministry asking for a renewed thrust by banks on mobile banking to promote financial inclusion across the country, particularly in rural areas where the physical banking structure is weak. 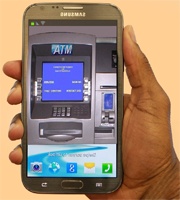 The finance ministry under P Chidambaram has repeatedly stressed the need for the spread of banking through the ubiquitous mobile phone, but has actually taken very few tangible steps in this direction.

According to TRAI chairman Rahul Khullar, a system is already in place for the service and banks need to "wake up and move" on it.

"I intend, irrespective of what the central bank (Reserve Bank of India) does, to ensure that the regulations we have put in place will be enforced, and I have already written to the finance minister explaining that the system is already in place - it is now for the ministry to tell the bankers wake up and move," Khullar told a seminar on financial inclusion organised by the Associated Chambers of Commerce & Industry (Assocham) in New Delhi.

It is a "national shame" that 41 per cent of the people in India, and 46 per cent of rural households, don't have bank accounts, he added.

The guidelines, which came into force from 1 January, prescribe a ceiling tariff for an outgoing USSD-based mobile banking service request at Rs1.50 per session.

The USSD technology is used by telecom operators to send alerts to their users. It can be used for pre-paid call-back services, location-based content services and menu-based information services.

Khullar said the guidelines mandate the telecom operators to connect with the National Payment Corporation of India, which is connected to all the banks.

"I have already issued a regulation which mandates them (telecom companies) as of 1 January to provide the pipe connection to the NPCI, and sometime later this month I will call them and find out exactly where they are," Khullar said.

NPCI is the nodal agency under the Reserve Bank that manages the national payment switch.

The RBI has also expressed disappointment over the lower-than-expected spread of mobile banking in the country, saying that the awareness levels of this tool is poor.

"Though mobile banking channel has the potential to be one of the key tools for achieving financial inclusion, the growth and acceptance of mobile banking as a channel of accessing banking service has been below expectation," the central bank had said in its half-yearly financial stability report released late last year.

The Trai chairman said that citizens in far-flung areas across the country should have the facility to open an account remotely, check their balance, and deposit, withdraw and transfer money through phones without having to go to the nearest physical bank branch, which is often not easily accessible to them.

''It is these core, rudimentary services that are needed to achieve financial inclusion,'' Khullar said.

At the same time he pointed out that "data and security will be the two big issues/spin-offs in financial inclusion as we go ahead'', adding it is really a matter of concern that India is at least 10 years behind the rest of the world in terms of data privacy and its protection.