The government today announced a slew of measures aimed at rejuvenating the telecom sector, including rationalisation of adjusted gross revenue collection, relaxing bank guarantee norms for bidders and excluding non-telecom revenue from the definition of Aggregated Gross Revenue (AGR) on prospective basis. 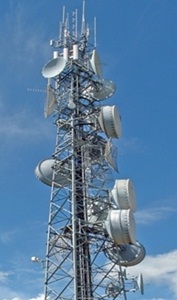 In order to address liquidity requirements of telecom service providers, the cabinet chaired by Prime Minister Narendra Modi approved a moratorium/deferment of up to four years in annual payments of dues arising out of the AGR judgement, however, protecting the net present value (NPV) of the due amounts being protected.
TSPs have been given the option to pay the interest amount arising due to the said deferment of payment by way of equity.
The government will have the option to convert the due amount pertaining to the deferred payment by way of equity at the end of the moratorium/deferment period, guidelines for which will be finalised by the finance ministry.
The above will be applicable for all TSPs and will provide relief by easing liquidity and cash flow. This will also help various banks having substantial exposure to the telecom sector.
To encourage investment and employment, the cabinet decided to permit 100 per cent foreign direct investment (FDI) under automatic route in telecom sector, of course with necessary safeguards.
The cabinet also approved an 80 per cent reduction in bank guarantee requirements against licence fee (LF) and other similar levies. Instead of multiple bank guarantees for different Licensed Service Areas (LSAs) in the country, one bank guarantee for all regions will be enough.
Beginning 1 October 2021, delayed payments of licence fee (LF)/spectrum usage charge (SUC) will attract a lower interest rate of SBI’s MCLR plus 2 per cent instead of MCLR plus 4 per cent; interest will be compounded annually instead of monthly; and penalty and interest on penalty stands removed.
For spectrum auctions held henceforth, no bank guarantee will be required to secure instalment payments. Industry has matured and the past practice of BG is no longer required, the cabinet noted.
Also, for future auctions, the tenure of spectrum has been increased from 20 to 30 years.
Surrender of spectrum will be permitted after 10 years for spectrum acquired in the future auctions.
No spectrum usage charge (SUC) for spectrum acquired in future spectrum auctions.
Additional SUC of 0.5 per cent for spectrum sharing removed to encourage spectrum sharing.
The cabinet also announced procedural reforms by fixing auction calendar, easing `Know Your Customer’ norms among other measures to facilitate ease of doing business.
Accordingly, it has been decided that spectrum auctions will be normally held in the last quarter of every financial year.
The cumbersome requirement of licences under 1953 Customs Notification for wireless equipment has been removed and replaced with self-declaration.
It has now been decided to allow app-based Know Your Customers (KYC). E-KYC rate has also been reduced to one rupee. Shifting from prepaid to post-paid and vice-versa will not now require fresh KYC.
Paper Customer Acquisition Forms (CAF) will be replaced by digital storage of data. Nearly 3 to 4 billion paper CAFs lying in various warehouses of TSPs will not be required. Warehouse audit of CAF will not be required.
SACFA clearance for telecom towers eased. DOT will accept data on a portal based on self-declaration basis. Portals of other agencies (such as Civil Aviation) will be linked with DOT portal.
These are aimed at protecting and generating employment opportunities, promoting healthy competition, protecting th interests of consumers, infusing liquidity, encouraging investment and reducing regulatory burden on telecom service providers (TSPs), says a cabinet release.
The cabinet noted the surge in data consumption demanded by online education, work from home, interpersonal connect through social media, virtual meetings etc, in the backdrop of the challenges posed by the Wuhan virus pandemic. The relief and reform measures are aimed at giving a further boost to the proliferation and penetration of broadband and telecom connectivity.
The decision reinforces the prime minister’s vision of a robust telecom sector, ensuring competition and customer choice, antyodaya for inclusive development and bringing the marginalised areas into the mainstream and universal broadband access to connect the unconnected. The package is also expected to boost 4G proliferation, infuse liquidity and create an enabling environment for investment in 5G networks.
MORE REPORTS