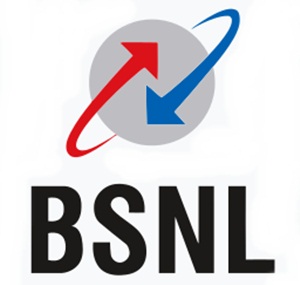 The government's Rs74,000-crore rescue package involves offering a handsome exit package to thousands of employees, including an additional 5 per cent compensation (ex-gratia) to make the VRS attractive.
Shares of MTNL surged 9.9 per cent, in early trade today, hitting a three-week high of Rs9.4 on reports that the government is coming out with a Rs74,000-crore revival package for state-run telecom firms.
Union minister for telecommunications Ravi Shankar Prasad had informed the Lok Sabha that a comprehensive revival plan is underway for the two state-run telecom companies.
BSNL the country's biggest loss making PSU after Air India, is grappling with an estimated loss of Rs13,804 core, while MTNL, the third highest loss maker among PSUs, saw a loss of Rs3,398 crore last fiscal.
A report in The Times of India quoted officials as saying that under the proposal, for which a draft cabinet note has been circulated,  4G spectrum valued at over Rs20,000 crore will be allotted to the two telcos while the rollout cost of Rs13,000 crore will be paid by the PSUs. The government will also foot the bill of over Rs40,000 crore towards VRS package and early retirement scheme.
Besides the reduction in workforce, the government also proposes to bring down retirement age of staff and workers from 60 years to 58 years, thereby reducing the numbers further.
While shutting down the PSUs will cost as much as Rs1.2 lakh crore, the department of telecom said that strategic disinvestment may not find any takers due to the financial stress in the telecom sector.
Alternatively, the DoT said, it may consider possibilities of a joint venture.
Government meddling, poor management and high costs have cost BSNL and MTNL dear while the slow pace in upgrading to $G technology caused loss of consumers for the two state-run telecom firms.
MORE REPORTS