Idea Cellular and Vodafone India have cleared the Rs7,268 crore dues to the Department of Telecommunications (DoT) clearing the way for merger of India’s second and third largest telecom service providers. 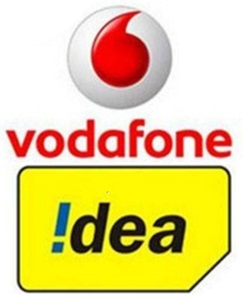 Idea Cellular has submitted bank guarantee of Rs3,322 crore as demanded by DoT, while Vodafone India has cleared the dues of Rs3,926 crore in cash.
Reports quoting Idea sources said Idea and Vodafone have accepted DoT’s terms for approval for the merger of the two companies Ltd, including payment of Rs3,926.34 crore by Vodafone and bank guarantee of Rs 3,322.44 crore from idea Cellular.
The two companies said they paid up the amounts under protest and are now awaiting DoT’s final approval for the merger.
And, once the merger is cleared, the two companies plan to move court against DoT over the payment.
Idea has given a bank guarantee for one-time spectrum charges, while Vodafone India has paid the dues in the form of cash towards market price for non-auctioned airwaves.
Idea Cellular has earlier confirmed the merged entity will be named Vodafone Idea Limited. The next step for the department is transferring licences of Vodafone India and its subsidiary Vodafone Mobile Services Limited (VMSL) to Idea Cellular because it will be the listed entity.
The merged entity will have over 430 million subscribers, over 37 per cent revenue market share and will start the operations with Rs63,000 crore revenue.
It will have the capacity to provide 4G spectrum in all telecom circles of the country. According to a presentation by Idea, the combined 4G spectrum of both the companies are capable of offering up to 450 megabit per second broadband speed on mobile phones in 12 Indian markets.
With the new entity coming in force, Bharti Airtel will lose the tag of India's biggest telecom service provider to the new entity.
The combined debt of both the companies is estimated to be around Rs1,15,000 crore.
Vodafone will own 45.1 per cent stake in the combined entity, while Kumar Mangalam Birla-led Aditya Birla Group would have 26 per cent and Idea shareholders 28.9 per cent.
MORE REPORTS