Bharti Infratel, Indus Towers to merge in a $20-bn deal

The board of Bharti Airtel Ltd formally approved the merger of Indus Towers Ltd with Bharti Infratel Ltd in a deal that would create a Rs1,32,416-crore ($19.85 billion) tower giant — the largest tower company outside China. 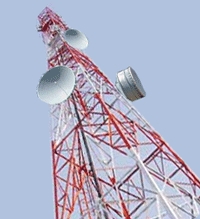 The deal, which values Indus Towers at an enterprise value of Rs71,500 crore ($10.8 billion), also will be control over one-third of the tower industry in India. It will also have a market share of close to 35 per cent.
The merger will create a pan-India tower company, with over 1,63,000 towers. The tenancy ratio – the number of tenants, or operators who have put up their antennae on the towers – for the merged entity will be close to 2.25 times, ahead of the industry average of nearly two
The merger ratio for the deal will be 1,565 shares of Bharti Infratel for every one Indus Towers share, Bharti Airtel said in an exchange filing.
Besides the economies of scale that will bring down the combined entity’s capital expenditure, the merger would also help the company save close to Rs560 crore on account of dividend distribution of tax and other corporate expenditures.
The Bharti-Indus deal values Vodafone’s shareholding at $4.3 billion. Vodafone will get 783.1 million new shares in combined Bharti-Indus entity.
Bharti Infratel and Vodafone currently own 42 per cent each in Indus Towers while Idea Cellular group owns 11.15 per cent and US-based private equity firm Providence owns the remaining 4.85 per cent.
“The board evaluated two options — one an offer for sale of significant stake in Bharti Infratel from a consortium of leading PE investors and the other a proposal for merger of Indus Towers into Bharti Infratel. The board after due deliberations approved the proposal for merger of Indus Towers into Bharti Infratel,” said Bharti Airtel in statement to the exchanges.
Bharti Infratel’s acquisition move comes amidst a scaling down of infrastructure operations by all three telecom service providers – Bharti Airtel, Vodafone India Ltd and Idea Cellular Ltd.
Bharti Airtel has so far sold 18.5 per cent stake in its tower arm Bharti Infratel in different tranches for close to Rs12,000 crore while, Vodafone India and Idea Cellular sold their own tower assets to ATC India for close to Rs7,850 crore earlier this year.
Telecom service providers have been looking to cut their stake in tower business to fund their core operations.
The merger of Infratel and Indus Towers will provide Idea Cellular an exit and will give Vodafone Group a chance to exit in future date by selling its shares in open market.
Idea group has the option to sell its 11.15 per cent in Indus Towers, the proceeds of which can be used for the merger of Vodafone India and Idea Group. It also has the option to get 7.1 per cent stake in the new Bharti Infratel entity.
Providence will receive new shares equivalent to 1.1 per cent in the combined entity between Bharti Infratel and Indus Towers. The remaining 3.35 per cent will either be sold to Bharti Infratel for cash or be converted into shares in the new entity.
Vodafone will get 783.1 million shares in the net entity in exchange for its 42 per cent stake in Indus Towers. This is on the basis that the other parties sell their prior holdings in Indus Towers.
Vodafone Group Plc, Idea Group and Providence Equity Partners have agreed to merge their holdings in Indus Towers into Bharti Infratel, creating a combined company that will be owned by Bharti Airtel and Vodafone with equal rights, the companies said in a joint statement.
Pro forma for the transaction, the combined company's equity value will be Rs96,500 crore, they said. The deal is expected to close before 31 March 2019 and the combined company, which is to be named as Indus Towers Ltd, will be listed on stock exchanges. Bharti Airtel, which owns a 53.5-per cent stake in Bharti Infratel, said it will consider a strategic stake sale in Indus Towers post merger.
The board of the combined company will have 11 members — three each from Bharti Airtel and Vodafone, one from KKR or Canada Pension Plan Investment Board and four independents (including the chairman), the companies said.
Bharti Airtel’s shareholding will be diluted from 53.5 per cent in Bharti Infratel currently to 37.2 per cent in the combined company.
The Bharti Infratel-Indus deal is expected to close before 31 March 2019 and the combined company, which is to be named as Indus Towers Ltd, will be listed on stock exchanges.
With over Rs25,300 crore ($3.8 billion) in revenues for the financial year ended 31 March 2018, the combined company will be well placed to invest on a national basis to satisfy the future demand from all telecom operators in India as they continue to densify their networks to support sustained data traffic growth and roll out new network technologies, the statement added.
MORE REPORTS