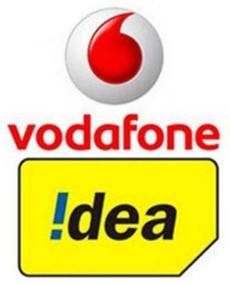 ''The scheme is genuine, bona fide and in the interest of the creditors and the shareholders,'' said the Ahmedabad bench of the NCLT.

Vodafone is awaiting its approval from the NCLT's Mumbai bench. After that Kumar Mangalam Birla's Idea and Britain's Vodafone can go for the final approval of the merger by the Department of Telecommunications.

Both telcos have received approval from the Securities and Exchange Board of India, shareholders, and the Competition Commission of India (CCI).

A Vodafone-Idea combine will surpass Bharti Airtel as the largest telecommunication company with a total subscriber base of 39 crore, far ahead of Reliance Jio's 7.2 crore. The combined entity would have 43 per cent of the revenue market share and 40 per cent of the active subscriber base, research firm CLSA said.

The two operators complement each other, with Vodafone having strong presence in urban areas and Idea being an established player in the rural hinterland.

Idea Cellular had earlier said that the cost reduction from the merger will be used to strengthen the customer base and provide high quality service to the customers. The higher spectrum availability and larger scale radio access along with re-deployment of overlapping equipment from rationalised sides will also lead to lower capital expenditure.

Under the agreement, Vodafone will own 45.1 per cent of the combined company after transferring a 4.9-per cent stake to the Aditya Birla Group for Rs3,900 crore in cash, concurrent with completion of the merger.

The Birla Group will then own 26 per cent of the combined company and Idea's other shareholders will own the remaining 28.9 per cent stake. It can pick up another 9.5 per cent stake from Vodafone under an agreed mechanism with a view to equalising the shareholdings over time.

But while the costs of merger - regulatory compliance, spectrum shedding, and subscriber market share rationalisation - will be immediate, the potential benefits to the merged entity's earnings will materialise only later. Earnings propositions for Vodafone-Idea combine over the next two years will still be unclear, KR Choksey Securities managing director and chief executive Deven Choksey was cited as saying by the Financial Express.