Micromax, BSNL team up for JioPhone challenger Bharat One 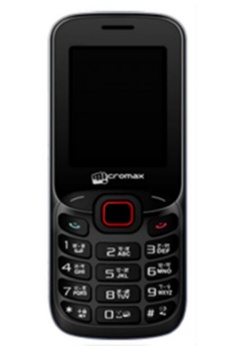 The Micromax VoLTE feature phone, with a price tag of Rs2,000, is expected to be launched in the first week of October, to take advantage of the festival season demand.

Micromax claims that Bharat One will offer a sharper camera, larger screen, and more battery life than any other feature phone currently on offer at its price segment.

Reliance Jio, however, offers JioPhone for a refundable security deposit of Rs1,500. The money is returnable at the end of three years

BSNL is partnering Micromax as it targets a share of the segment of basic phones created by the Reliance JioPhone, even as the telecom industry is abuzz with competing players planning to launch new 4G VoLTE feature phones as well.

While Micromax's 4G VoLTE feature phone will be part of the company's Bharat series, BSNL will provide 4G telecom services under various data packs, with voice calls expected to be free.

The Gurugram-based handset maker will also release a Bharat Two version of the 4G feature phone with improved features and performance.

As per Micromax's latest reports Bharat 1 and Bharat 2 will likely come with 4G VoLTE support and will be priced at Rs1,999 and Rs2,999.

The cheapest VoLTE 4G smartphone will come with a TFT display and alphanumeric keyboard.

The 4G feature phone will also help Micromax retain market share as the company competes with large Chinese rivals that have taken the lion's share in the smartphone segment.

Micromax sees a vast market for 4G-enabled feature phones with about 500 million feature phone users across the country. Reliance Infocomm's JioPhone has only tapped 6 million of this feature phone population.