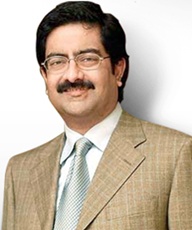 The merger of India's number two and number three telecom firms will create India's largest telecom operator with Rs80,000 crore revenue and the widest network in the country. The combined entity will have 400 million customers or a third of all mobile phone users in the country.

The merger is said to increase competition in the telecom space where players are in a tussle to increase revenue and subscriptions and help effectively fend off the challenge posed by new entrant Reliance Jio Infocomm .

Furthermore, it is believed to help in leveraging customer affinity towards the two brands in the telecom spectrum.

"I am pleased and honored to be the chairman of the new company," said Kumar Mangalam Birla, who is expected to create India`s largest telecom firm with a revenue share of around 40 per cent and a subscriber base of over 380 million.

"It gives me immense pleasure that we reached to an agreement to merge our companies Idea Cellular and Vodafone. We are number two and number three companies in present telecom sector with a customer base of 400 million," he added.

The merger will facilitate Vodafone India Ltd (VIL's) and Vodafone Mobile Services Ltd (VMSL`s) entire business to be vested in the company, excluding VIL`s 42 per cent share in Indus Towers. The merger will come into effect after new shares are issued in Idea to Vodafone and would result in Vodafone deconsolidating Vodafone India.

Vodafone will own 45 per cent in the combined entity, which will have the widest network in the country and pan-India 3G/4G footprint, the companies said in a statement.

Vodafone will own 45.1 per cent of the merged entity, after it transfers about 4.9 per cent to promoters of Idea and/or their affiliates for Rs3,874 crore in cash, Idea said.

The Aditya Birla group will own 26 per cent of the entity and will have the right to acquire more shares from Vodafone under a mechanism with a view to equalising shareholdings over time.

Promoters of Idea will have the sole right to appoint chairman of the merged entity.