Anil Ambani's Reliance Communications and the Tata Group have initiated talks to explore a possible union that could see Tata Teleservices join forces with the merged RCom-Aircel and MTS entity, according to an Economic Times report citing sources. 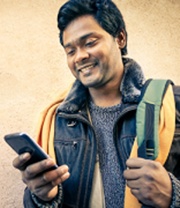 Such a move could create a strong No 3 telco behind the proposed Vodafone-Idea combine and Bharti Airtel, amid intense competition triggered by the entry of Reliance Jio Infocomm, controlled by Anil's brother Mukesh Ambani.

Anil Ambani, chairman of the Reliance Group, is believed to have approached N Chandrasekaran, the newly anointed Tata Sons chairman, to discuss the matter, said the report citing people aware of the development.

''Nothing has been finalised yet,'' one of them said, noting that there are some obstacles such as Tata Tele's debt of about Rs30,000 crore. The legal issues regarding NTT Docomo's exit from Tata Tele also need to be resolved, the person said.

Tata Tele, Tata Sons and RCom did not respond to emails sent by ET.

State Bank of India, a key lender to RCom, Aircel and Tata Teleservices, is said to have long been pushing for consolidation.

Tata Tele's debt will be a big factor in any talks with the RCom-Aircel combine, which has debt of a similar amount, experts said. Tata Sons is looking to clean up the telco's books. The Tata holding company plans to infuse Rs10,000 crore to clean up the telecom unit's balance sheet.

However, Tata Group executives said the company already has a board resolution for a sale of the business or a gradual shutdown of operations. In the event of a merger, the Tata Group is unlikely to take any equity, they added.

The intensely competitive telecom market, currently led by Bharti Airtel, is on the brink of major consolidation as the intense price war triggered by Reliance Jio has left most telcos bleeding.

Vodafone and Idea Cellular, the second and third-largest telcos, are exploring a merger. Fringe player Norway's Telenor is looking to exit and has initiated talks to either join the RCom-Aircel combine or be acquired by Airtel.

Tata Tele, with 53 million users, currently ranks ninth out of 12 telcos by subscribers. It had been struggling even before Jio's entry, posting losses and running up debt. It has been looking for buyers for a while, but talks with Vodafone had been stymied due to the debt.

If it joins RCom, Aircel and MTS, then the combine will have around 260 million subscribers, closing in on Airtel's 266 million users, as per regulatory data as of 31 December. Vodafone and Idea Cellular have 205 million and 190 million subscribers respectively, adding up to 395 million in case of a merger.

A Tata Tele-RCom-Aircel-MTS combine will have revenue market share of over 18 per cent compared with 31 per cent for Airtel and 42 per cent (23 per cent and 19 per cent respectively) for Vodafone-Idea, according to Credit Suisse.

Jio had over 72 million users as of December end, but no revenue market share as it hasn't started charging for its services. The Tatas have 800 MHz bandwidth in 19 circles, which can be used to offer 4G, but only after paying the market price to the government since it wasn't won through auctions.

While the combined entity won't be breaching any spectrum holding limits, it may ''choose to surrender some or all of Tata Tele's 800 MHz airwaves as RCom on its own, and through its sharing tie-up with Jio, already has a lot of those 4G airwaves and may not want to pay the additional amount to the government'', said one of the people familiar with the matter.