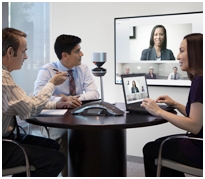 Under the terms of the deal, Polycom stockholders will get $3.12 in cash and 1.31 Mitel shares for each of their shares, or $13.68 based on the closing price of a Mitel common share price on 13 April.

The deal represents a premium of 9.5 per cent to Polycom's last closing price.

Post closing, Polycom shareholders will hold nearly 60 per cent of the combined company, with the remaining 40 per cent held by Mitel shareholders.

Mitel plans to fund the cash portion of the deal with cash on hand and from new financing. The company has received about $1.1 billion of financing from Bank of America Merrill Lynch, who is also its financial adviser.

The merger will be scrutinised by the US government since Polycom will be domiciled in Canada thereby reducing the merged company's tax liability, and could be the first so-called tax "inversion" deal after the US Treasury Department earlier this month issued a new set of rules to make inversion deals tougher.

Hedge fund Elliott Management, which holds a 6.6-per cent stake in Polycom and 9.7 per cent in Mitel, has been urging both companies to combine, has agreed to the merger.

Ottawa-based Mitel is a global provider of enterprise and mobile communications powering more than 2 billion business connections every day, including over 33 million daily cloud connections.

With more than 60 million users in 100 countries, Mitel is the market leader in Europe, the Middle East and Africa.

Founded in 1990, California-based Polycom develops video, voice and content collaboration and communication technology and is the largest pure-play collaboration company in its industry.

The firm employs approximately 3,800 employees and had annual revenues of around $1.4 billion in 2013.