British regulator has expressed serious concerns about the proposed Hutchison 3G UK and Telefonica UK merger saying that the deal could cause "long-term damage" to the UK mobile telecoms market. 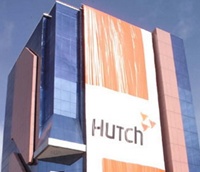 The merged company would hold a 41 per cent market share and dethrone current leader EE, which holds a 29 per cent of the 83 million mobile customers in the UK.

European Union antitrust regulators had in October launched an investigation into the deal over concerns that the proposed merger may push up prices.

UK's Competition and Markets Authority (CMA) also has serious concerns on the deal and has urged the European Commission (EC) to act to prevent the long-term damage to the UK mobile telecoms market, and therefore to the interests of UK consumers.

CMA said that the only appropriate remedy that would meet the criteria that the EC is the divestment – to an appropriate buyer approved by the EC – of either the Three or O2 mobile network businesses, in entirety, or possibly allowing for limited 'carve-outs' from the divested business.

''The divestment would need to include the mobile network infrastructure and sufficient spectrum to ensure a commercially viable fourth MNO in the UK. Absent such structural remedies, the only option available to the Commission is prohibition.''

O2, then known as Cellnet, was formed as a 60:40 joint venture in 1985 between BT and British telecom company Securicor. BT acquired Securicor's 40-per cent stake in Cellnet in 1999 and renamed it BT Cellnet and later to O2.

O2 runs 2G, 3G and 4G networks across the UK, as well as O2 Wifi and owns half of Tesco Mobile. It has over 450 retail stores, over 23 million customers and holds 26.2 per cent market share.

Telefonica, which has operations across Europe and Latin America, had acquired O2 UK along with its other units in Germany and Ireland from BT in 2005 for £17.7 billion.