More reports on: In the news, Government policies 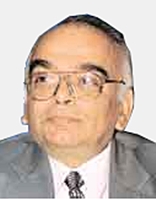 Pradip Baijal, former chairman of the Telecom Regulatory Authority of India (Trai), has published a ''tell-all'' book that alleges that former Prime Minister Manmohan Singh had warned him of ''harm'' if he didn't cooperate in the 2G spectrum case.

In his book, he also ripped into the Central Bureau of Investigation (CBI) saying that the agency forced him to implicate industrialist Ratan Tata and former cabinet minister Arun Shourie if he wanted to save himself.

Baijal who faced several enquiries and FIRs since 2010, including the 2G spectrum scam, disinvestment of Hindustan Zinc and Laxmi Vilas Hotel, claimed the CBI "harasses upright civil servants and political opponents of the government in power".

Baijal, who was Trai chief between March 2003 and March 2006, also claimed that then telecom minister Dayanidhi Maran compelled him not to implement NDA government's cabinet decision on Unified Service Licensing.

Baijal had pushed for unified licensing, under which an operator can offer telecom and broadcasting services on a single licence and next generation networks for Indian telecom sector that would bring down the network costs significantly.

Baijal said the Trai had followed a 2003 NDA government directive to give preference to Unified Access Service Licence during spectrum auction, in order to bring down costs.

But the UPA telecom minister Dayanidhi Maran suggested otherwise and Maran took no decision till 2007. This was also a major reason that led to 2G Spectrum scam, he said.

Baijal also said Manmohan Singh also had wanted him to follow the directions of Dayanidhi Maran.

Finally, in 2009, the UPA government took some wrong decisions under some pressure, but put the blame on bureaucrats.

Baijal was interrogated by the CBI for his role in the 2G spectrum allocation scam, but was not charged. The agency, however, registered a case of alleged cheating against him in connection with disinvestment of Laxmi Vilas Palace hotel during NDA rule in 2002.