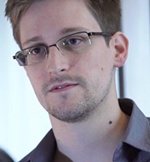 The United States increased pressure on Russia to hand over former US intelligence agency contractor Edward Snowden, who Washington believes is in Moscow waiting for news of an asylum request to Ecuador.

Snowden left Hong Kong for Sheremetyevo airport on Sunday, starting a cat-and-mouse chase that has frayed ties between Washington and Beijing and threatens US-Russia relations.

The Obama administration has criticised both Russia and China after Snowden left Hong Kong. The US believes China is complicit in aiding Snowden's flight.

President Barack Obama said the US was pursuing "all the appropriate legal channels" in pursuit of him.

US Secretary of State John Kerry, currently on a visit to India, said on Monday it would be "disappointing" if Russia and China had helped Snowden evade an attempt to extradite him.

The US has revoked Snowden's passport, and he is thought to have spent the night in an airside hotel at Moscow's Sheremetyevo airport.

On Monday, a seat was booked in his name on a flight to Cuba, but he was not seen on board when it took off.

The 30-year-old IT expert is wanted by the US for revealing to the media details of a secret government surveillance programme, which he obtained while working as a contractor for the National Security Agency.

China has described US accusations that it facilitated the departure of fugitive Edward Snowden from Hong Kong as "groundless and unacceptable".

A foreign ministry spokeswoman said the Hong Kong government had handled the former US intelligence officer's case in accordance with the law.

The US has criticised what it termed "a deliberate choice to release a fugitive despite a valid arrest warrant".

Snowden would need a Russian visa to leave the transit area of the airport. The 30-year-old has not been spotted by journalists camped out there.

A Kremlin spokesman said the Russian government has no information him.

The US State Department said diplomats and Justice Department officials were holding discussions with Russia.

"Given our intensified cooperation working with Russia on law enforcement matters ... we hope that the Russian government will look at all available options to return Mr Snowden back to the US to face justice for the crimes with which he is charged," a State Department spokesman told reporters on Monday.

Jay Carney, a spokesman for the White House, said it was Washington's assumption that Snowden was still in Russia.

Julian Assange, founder of anti-secrecy group WikiLeaks which is assisting Snowden, said on Monday Snowden had fled to Moscow en route to Ecuador and was in good health in a "safe place" but did not say where he was.

There is no direct flight from Moscow to Quito, the capital city of Ecuador, which has said it was considering Snowden's request.

US officials reserved most of their criticism for China for helping Snowden leave despite the arrest warrant. China, in turn, has expressed "grave concern" over Snowden's allegations that the United States had hacked Chinese computers.