In a veiled threat, Russia has hinted that Indian investments in Russian oil and gas fields might be impacted due to the troubles its teleco Sistema faced in India due to the cancellation of its 2G licences. 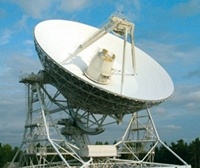 Russia's amabassador to India, Alexander M Kadakin said there could be no investment from Indian side in Russia, if Russian investments  in India were imperiled in an inteview to CNBC-TV 18. He added it took two to tango.

He pointed to investments by Indian firms, particularly ONGC Videsh Ltd's over $2 billion investment in the Far East Russian oil and gas field of Sakhalin-1, as "shining examples" of Russia welcoming Indian investments.

He added, Russia would not allow the $3.1 billion Sistema invested in its Indian telecom venture go down the drain due to India's "internal problems."

"The Russian Government will never allow $ 3.1 billion just be thrown into abyss. This must be understood. This is also (Russian) tax payer's money. The share which government holds, is about $1 billion," Kadakin said in an interview to CNBC TV18. "We are not to throw our money, $3.1 billion, into the inferno because of your internal political problems," he added.

The Russian government's stake in SSTL  stands at 17.14 per cent.