The Telecom Disputes Settlement & Appellate Tribunal (TDSAT) has set aside the Department of Telecommunciations (DoT) penalty on Idea Cellular for failing to roll out services. 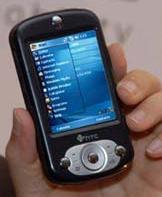 The tribunal has also directed the telecom ministry to pay Rs25,000 to Aditya Birla group firm as cost of litigation, according to the judgement posted on TDSAT site.

This is for the first time ever that DoT has been penalised.

"The demand of the respondent (DoT) having regard to the wrong committed by itself in not fulfilling its mandatory contractual obligation cannot be said to be reasonable. It is even otherwise violative of a level playing field," said the TDSAT bench headed by its chairman Justice S B Sinha in its order.

On 14 January 2011, DoT had directed Idea Cellular to pay Rs30 lakh for delay in the roll out obligations in West Bengal circle and it was challenged by the Aditya Birla group firm before TDSAT.

The tribunal observed that DoT has itself "not complied with its contractual obligations of the licence, namely, to submit a demand note within 10 days from the date of filing of the application, and thus, it cannot take advantage of its own wrong".

"For the reasons aforementioned, the impugned demand (of Rs30 lakh penalty on Idea) cannot be sustained. It is set aside accordingly," said the tribunal in its 35-page-long order.

It also gave Idea a clean chit on the issue by saying, "We do not think that keeping in view the facts and circumstances of the case conduct of petitioner (Idea) assumes significance as it is not otherwise liable to pay any liquidated damages".

"As the DoT has delayed in raising demand for 13 days the due date for fulfilling the first year roll out obligation gets extended by 13 days from January 26, 2010 upto February 8, 2010. Idea has fulfilled its obligation by February 19 is within 15 days of exempted period of delay. Therefore, we are of the opinion that the Idea has not violated any provisions of its roll out obligation," the tribunal said.

However, it refused to go into detail over the spat between the DoT and Idea on the issue.

In January, TDSAT had directed Idea to pay 60 per cent of the penalty imposed by DoT. DoT had sent notices to several firms that got new 2G licences bundled with start-up spectrum in 2008, but they have not started offering services in various circles.

As per the conditions of the Unified Access Service Licence (UASL), the telecom companies are required to roll out their networks within a year from the date of allocation of spectrum.

According to the agreement, in case new licencees fail to roll out services within the stipulated period, DoT shall be entitled to recover liquidation damages.

This was challenged by Idea in the TDSAT. Idea Cellular had approached TDSAT for one circle of West Bengal.