Nuclear power as a renewable power option is more expensive and slower to implement than alternatives and therefore is not effective in the effort to battle the climate emergency, rather it is counterproductive, as the funds are then not available for more effective options, says a report on the status and trends of the international nuclear industry. 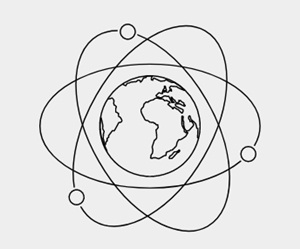 While the number of operating nuclear reactors has increased globally over the past year by four to 417 as of mid-2019, it remains significantly below historic peak of 438 in 2002, according to the World Nuclear Industry Status Report 2019 (WNISR2019), which is being released at the Central European University (CEU) in Budapest.
Nuclear construction has been shrinking over the past five years with 46 units underway as of mid-2019, compared to 68 reactors in 2013 and 234 in 1979. The number of annual construction starts has fallen from 15 in the pre-Fukushima year (2010) to five in 2018 and, so far, one in 2019. The historic peak was in 1976 with 44 construction starts, more than the total in the past seven years.
WNISR project coordinator and publisher Mycle Schneider stated: “There can be no doubt: the renewal rate of nuclear power plants is too slow to guarantee the survival of the technology. The world is experiencing an undeclared ‘organic’ nuclear phaseout.”
Consequently, as of mid-2019, for the first time the average age of the world nuclear reactor fleet exceeds 30 years.
However, renewables continue to outpace nuclear power in virtually all categories. A record 165 gigawatts (GW) of renewables were added to the world’s power grids in 2018; the nuclear operating capacity increased by 9 GW. Globally, wind power output grew by 29 per cent in 2018, solar by 13 per cent, nuclear by 2.4 per cent. Compared to a decade ago, nonhydro renewables generated over 1,900 TWh more power, exceeding coal and natural gas, while nuclear produced less.
What does all this mean for the potential role of nuclear power to combat climate change? WNISR2019 provides a new focus chapter on the question. Diana Ürge-Vorsatz, Professor at the Central European University and Vice-Chair of the Intergovernmental Panel on Climate Change (IPCC) Working Group III, notes in her Foreword to WNISR2019 that several IPCC scenarios that reach the 1.5°C temperature target rely heavily on nuclear power and that “these scenarios raise the question whether the nuclear industry will actually be able to deliver the magnitude of new power that is required in these scenarios in a cost-effective and timely manner. This report is perhaps the most relevant publication to answer this pertinent question.”
Over the past decade, levelised cost estimates for utility-scale solar dropped by 88 per cent, wind by 69 per cent, while nuclear increased by 23 per cent. New solar plants can compete with existing coal fired plants in India, wind turbines alone generate more electricity than nuclear reactors in India and China. But new nuclear plants are also much slower to build than all other options, eg, the nine reactors started up in 2018 took an average of 10.9 years to be completed.
In other words, nuclear power is an option that is more expensive and slower to implement than alternatives and therefore is not effective in the effort to battle the climate emergency, rather it is counterproductive, as the funds are then not available for more effective options.
The rather surprising outcome of the analyses is that even the extended operation of existing reactors is not climate effective as operating costs exceed the costs of competing energy efficiency and new renewable energy options and therefore durably block their implementation.
“You can spend a dollar, a euro, a forint or a ruble only once: the climate emergency requires that investment decisions must favor the cheapest and fastest response strategies. The nuclear power option has consistently turned out the most expensive and the slowest,” Mycle Schneider concludes.
The WNISR2019 assesses in 323 pages the status and trends of the international nuclear industry and analyses the potential role of nuclear power as an option to combat climate change. Eight interdisciplinary experts from six countries, including four university professors and the Rocky Mountain Institute’s co-founder and chairman emeritus, have contributed to the report.
MORE REPORTS