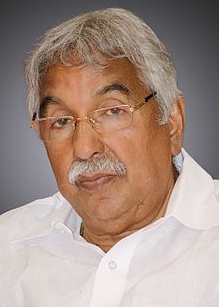 The CPM-led LDF government will soon act on the commission's recommendations and initiate legal procedures under the Prevention of Corruption Act against all those accused of corruption and illegal gratification.

However, the government is unlikely to press the case of alleged rape as legal opinion has been against pressing the issue as it could change the whole narrative.

"The Commission has already found that the chief minister Oommen Chandy and through him, his personal staff Tenny Joppan, Jikkumon Jacob, gunman Salimraj and his aide in Delhi, all had assisted Saritha and her company in enabling them to cheat their customers," the report said.

The commission also accuses the then home minister Thiruvanchoor Radhakrishnan of misusing police officers for making "all efforts from his part" to absolve Chandy of any criminal liability.

The Special Investigation Team probing the cases used "dubious methods" to ease Chandy out of the probe, the commission found.

The solar scam came to light when one of the customers, who had paid for the installation of solar panel filed a case against the company. Justice Sivarajan Commission has presented its report in four volumes. The solar scam popped up during the previous UDF government under Chandy.

The main accused Saritha and her former partner Biju Radhakrishnan are accused of luring people into investing in proposed solar energy projects. The duo had cheated on investors in their projects by projecting their influence and contacts with the office of chief minister and other senior leaders of the Congress-led United Democratic Front.

Saritha and Biju were arrested in 2013 through dubious procedures at the instance of the high and mighty to silence her. Saritha read the motives and turned whistleblower.

Chandy, however, denied all the allegations and said he might have seen her in a crowd.

The report also took note of the letter that Saritha wrote from the prison on 19 July 2013, which, the police tried to hush up. The probe found that persons mentioned in the letter maintained telephonic contacts with Saritha and her advocate.

The Congress-led opposition accused the chief minister of having breached privileges of the House by revealing contents of the report, during a media interaction last month, before it was tabled in the Assembly.