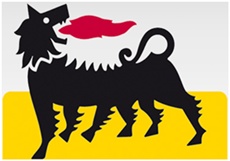 The sale of the Shourouk concession, offshore Egypt, where the supergiant gas field Zohr is located, is part of the state-controlled company's plan to pare assets amid a continuing slide in global oil and gas prices.

The deal price includes $1,125 million and $450 million pro quota reimbursement of past expenditures.

The agreement also includes an option for Rosneft to buy a further 5 per cent stake under the same terms.

The Zohr field was discovered by Eni in August 2015 and is the largest natural gas field ever found in the Mediterranean, with a total potential of 850 billion cubic meters of gas in place.

On February 2015, the authorisation process for the development of field was completed, while the first gas is expected by the end of 2017.

With this transaction, in the last four years, Eni has generated around $6.3 billion.

Eni had in June 2015 said that it plans to sell assets worth around €8 billion ($8.8 billion) in the next five years in order to fund growth in new markets and help ring-fence dividends.

It plans to raise around a quarter of these proceeds from the sale of minority stakes in top acreage such as Mozambique, Congo, Egypt and Ghana, without giving up operatorship.

For Rosneft, this deal is part of its global expansion plan after it led a consortium to buy Essar oil in October for $12.9 billion. (See: Rosneft-led group buys Essar Oil and related operations for $12.9 bn)