A top American environmental group slammed the World Trade Organisation on Wednesday for its ruling against India's solar localisation policies for US firms. 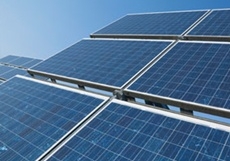 Alleging that almost half of US states have a programme like that of India, the Sierra Club urged the US to drop its case against India.

''The WTO ruling is a step in the wrong direction, away from the climate progress that the global community committed to achieve in December's Paris climate agreement,'' Ilana Solomon, director of the Sierra Club's Responsible Trade Program, said after WTO ruled against India's local-sourcing rules.

The programme aims to achieve 100,000 megawatts of solar power capacity by 2022, more than the current solar capacity of the world's top five solar producers combined, the environmental group argued.

The WTO ruled against India because its first phases require power companies to use solar cells and modules made in India in order to benefit from the government-subsidised programme (See: Indian solar power norms discriminatory: WTO).

''Clean, renewable energy like solar is becoming cheaper in the US and abroad, creating new jobs, helping us move beyond coal and other dirty fuels and solve the climate crisis. We cannot afford to let decades-old, over-reaching trade rules trump policies that can create new green jobs and accelerate the transition to 100 per cent clean energy,'' Solomon said.

''Almost half of US states have programmes that, like India's, offer incentives for renewable energy production that create local, green jobs. The US should drop this case to avoid undermining climate protections abroad and at home,'' Solomon demanded.

''This decision is a warning against expansive trade deals like the Trans-Pacific Partnership that would replicate rules that undermine clean energy initiatives and constrain climate progress. Destructive trade deals like the Trans-Pacific Partnership go far beyond trade and interfere with common sense policies needed to solve the climate crisis,'' the group said.

''Congress should view this ruling as another reason to stand up for green jobs and climate action by rejecting the Trans-Pacific Partnership,'' Solomon said.

The Sierra Club is America's largest and most influential grassroots environmental organisation, with more than 2.4 million members and supporters.