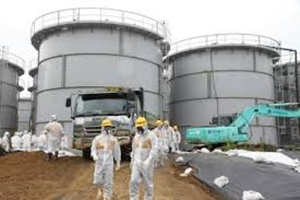 The report published in the UK-based The Sunday Times cited senior US officials as saying that the Saudi authorities had taken the ''strategic decision'' to acquire ''off-the-shelf'' atomic weapons from Pakistan, risking a new arms race in the Middle East.

The report further claimed that Riyadh had ''financed much of Islamabad's nuclear programme over the past three decades''.

The move, according to the UK newspaper, comes in the backdrop of anger among Sunni Gulf Arab states over a deal backed by president Barack Obama, which they fear could allow Iran, a Shia majority state, to develop a nuclear bomb.

However, the Foreign Office spokesperson clarified that Pakistan's nuclear programme was ''purely for its own legitimate self-defence and maintenance of a credible minimum deterrence''.

''Pakistan has a robust command and control structure and comprehensive export controls. Pakistan supports objectives of non-proliferation, as well as nuclear safety and security,'' Khalilullah said.

On the Yemen crisis, Khalilullah said Pakistan continued to be in touch with Saudi Arabia on the issue and added Pakistan had already expressed its concern over shelling from Yemen on Najran in Saudi Arabia.

The spokesman further added, 15,000 Pakistanis were resident in Najran and Pakistan had requested Saudi authorities to ensure their safety, adding, Pakistanis living in Najran had not shown any interest in being evacuated.

He said, ''If situation arises, Pakistan will make all out arrangements with the cooperation of Saudi Arabia for their evacuation.''