Biofuels would cost motorists about £460 million ($707 million) with the government increasing their use in transport fuel. Their increased use would also drive up food prices in poorer countries, according to UK think tank Chatham House. 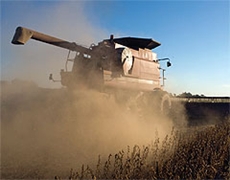 The UK's biofuel expansion programme did not offer value for money and cheaper emissions reductions could be achieved elsewhere with existing technologies, the London-based think tank said today in a report.

European nations with climate change targets aimed to boost biofuel use as it was less polluting than fossil fuels. Environmental groups including Greenpeace have slammed such policies for their impact on food prices in poorer countries. The policies drove up demand for agricultural commodities and hastened deforestation as expansion encroached on rainforest.

According to Rob Bailey, a researcher for energy, environment and resources at Chatham House, current biofuels were at best an expensive way of reducing emissions. He added, at worst they produced more emissions than the fossil fuels they replaced and contributed to high and unstable food prices.

The UK's Renewable Transport Fuel Obligation programme to boost biofuel use required that fuel suppliers blend a proportion of the clean fuel with the petrol and diesel they supplied. The target is set to rise to 5 per cent from today, the most ever consumed in the UK.

According to the author of the report, biodiesel made from vegetable oil was worse for the climate than fossil fuels.

Fuel suppliers in the UK have, since 2008 been required to add an incremental proportion of sustainable materials to petrol and diesel they supplied.

The EU biofuel mandates were also impacting the marketplace adversely, because used cooking oil was regarded as one of the most sustainable types of biodiesel, and its price had risen sharply. According to Bailey, towards the end of 2012 it was more expensive than refined palm oil.

Speaking to BBC, Bailey said it created a financial incentive to buy refined palm oil, cook a chip in it to turn it into used cooking oil and then sell it at profit. He added, it was crazy but the incentives were in place.

There were also concerns that taking EU land out of production to grow rapeseed oil particularly was creating more climate problems than it solved. The more fuel of this type that was put into cars the bigger the deficit created in the edible oils market.

The upshot was increased imports of palm oil from Indonesia, often produced on deforested land.

According to Bailey, once the indirect effects were taken into account, biofuels made from vegetable oils actually resulted worldwide in more emissions than you would get from using diesel in the first place.

He added, additionally motorists were being asked to pay more for the fuel, which made no sense. He added it was a completely irrational strategy.