Australian solar power company Sunengy Pty Limited has entered into a partnership with Tata Power Company Ltd for building a pilot plant for its low-cost, floating-on-water, solar technology in India. 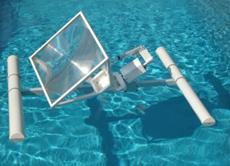 Construction of the pilot plant in India will commence in August 2011 with completion scheduled by the end of this year, Tata Power said in a release today.

The plant, based on Liquid Solar Array (LSA), uses traditional concentrated photovoltaic (CPV) technology - a lens and a small area of solar cells that tracks the sun throughout the day, like a sunflower.

Floating the LSA on water reduces the need for expensive supporting structures to protect it from high winds. The lenses submerge in bad weather and the water also cools the cells, which increases their efficiency and life-span.

"The deal is significant for the future use of solar globally because it allows Sunengy to demonstrate the practicality of its technology in one of the world's most promising solar power markets," Peter Wakeman, executive director of business development of Sunengy, said.

"When located on and combined with hydroelectric dams, LSA provides the breakthroughs on reduced cost and "on demand" 24/7 availability that are necessary for solar power to become widely used," Phil Conner, inventor of the LSA technology and executive director and chief technology officer of Sunengy, said.

According to Conner, hydropower supplies 87 per cent of world's renewable energy and 16 per cent of the world's power but is limited by its water resources. He said the LSA installation could match power output of  a typical hydro dam using less than 10 per cent of its surface area and supply an additional six to eight hours of power every day. 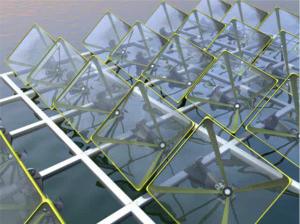 Modelling by Sunengy shows that a 240 MW LSA system could increase annual energy generation at the Portuguese hydro plant Alqueva by 230 per cent.

"LSA effectively turns a dam into a very large battery, offering free solar storage and opportunity for improved water resource management," Conner said.
"If India uses one per cent of its 30,000 sq km of captured water with our system, we can generate power equivalent to 15 large coal-fired power stations," he added.

We have partnered with Sunengy, Australia for a pilot plant in India, which is concentrated photovoltaic solar technology and floats on water.

This nascent technology will be demonstrated in natural environment, utilises the water surface for mounting and does not compete with land that can be used for other purposes."

Wakeman said the primary market for the LSA is the provision of industrial scale electricity via hydropower facilities. Other markets include mining sites as well as villages and remote communities reliant on diesel power generators.

Sunengy plans to establish a larger LSA system in the NSW Hunter Valley in mid-2012 before going into full production.