Govt slashes ceiling prices of knee implants by up to 69%

The government has fixed celing prices of all orthopaedic implants used in knee surgeries, in a bid to prevent unethical profiteering and ensure affordable and quality healthcare for the people. 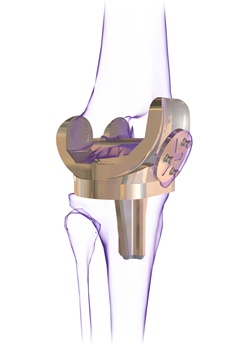 Stating this at a media meet in the capital on Wednesday, union minister for chemicals and fertilisers and parliamentary affairs, Ananthkumar, said that as per the data analysis of the National Pharmaceutical Pricing Authority (NPPA) there was huge margin in trade which was found to be unreasonable and in a way unethical 'profiteering'.

He said his ministry will henceforth strictly monitor any overcharging of knee implants and penalise those found guilty.

Considering that around 1-1.5 lakh orthopaedic knee procedures are carried out in India every year, there will be an overall saving of about Rs1,500 crore for the people of India per annum, the minister said.

Kumar further said that the World Health Organisation (WHO) has estimated that by 2020, osteoarthritis will be the fourth largest cause of immobility in the world. In India, most of the 1.2 to 1.5 crore orthopaedic patients who require orthopaedic implant surgery are not able to afford treatment because of very high cost. The government has been forcedto intervene to reform this state of affairs putting a ceiling on knee implants from today (16 August 2017), the minister added.

Kumar sought cooperation from all stakeholders, including importers, distributors, retailers, hospitals etc in ensuring that the benefit of reduction of prices of knee implants reaches the last man. The minister added that all complaints of overcharging would be strictly monitored and the overcharged amount would be recovered from erring parties with an interest of 18 per cent.

Further, Kumar said the government might also consider cancelling of licences of the manufacturer/importer/distributor and initiate criminal proceedings against those engaged in unethical profiteering.

Major manufacturers of medical implants and pharmaceutical companies have protested against India's price controls on drugs and medical devices, arguing this will curb innovation and could hurt future investment plans.