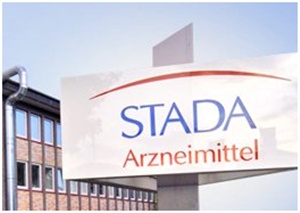 ''STADA Arzneimittel AG confirms that it has received two legally non-binding expressions of interest regarding a bid for the acquisition of up to 100 percent of the shares in the Company, one of which is from Cinven Partners LLP at an indicative takeover price of Euro 56.00 per STADA share,'' the Bad Vilbel, Germany-based company said in a statement.

''STADA is currently weighing up its options on how to react in the best interest of the Company. It is not yet possible to foresee whether a takeover offer from Cinven or the other potential bidder will indeed materialize,'' the statement added.

The Cinven offer is a 15 per cent premium to Stada's Friday closing price of €49.69.

The Financial Times today reported that other private equity firms like Advent, Bain Capital, CVC and Permira are all following the situation closely and could make a bid.

German activist investor Active Ownership Capital, with a 7-per cent stake, has been in a year-long effort  to improve Stada's profitability and was able to oust the company's chairman during annual meeting late last year.

Founded in Dresden in 1895 as a cooperative pharmacy, Stada specialises in the production of generic and over-the-counter drugs.

Generics generate 58 per cent while branded products 40 per cent of the company's annual sales of €2.12 billion.