In direct contradiction of its earlier order, the Controller General of Patents, Designs and Trademark has granted American pharmaceutical company Gilead Sciences the patent for the blockbuster Hepatitis C drug Sofosbuvir (brand name Sovaldi) in India. The company charges a staggering $1,000 per pill in the US. 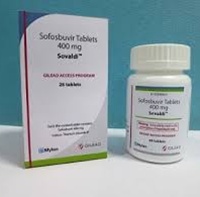 An application for the same patent was first rejected in January 2015 as lacking inventiveness and novelty.

On Monday, however, the patent office dismissed all pre-grant oppositions and stated that it found ''claimed compounds are novel, inventive and patentable under Patents Act''.

The decision is a major blow to the access to drugs movement, said Leena Menghaney, South Asia head of Médecins Sans Frontières (MSF).

''There has been excessive pressure building up on the Indian government to dilute the independent functioning of the patent office to ensure that patent claims are granted far more easily to US firms. In the process, the patent office has completely ignored recent proceedings in the US against Gilead regarding the same application which have been found to infringe two of Merck's patents, clearly defeating Gilead's claim that its application on the drug was novel,'' added Menghaney.

''These are very scary times for the patient communities globally who rely on affordable generic medicines coming from India. The government's ''Make in India'' campaign seems to be only for foreign companies and not for Indian generic industry which has been the lifeline for people across the world,'' said Loon Gangte with the Delhi Network of Positive People

Application pending
Another key application on sofosbuvir is pending before the Kolkata patent office and several oppositions to its grant have been filed by patient and public interest groups.

Stating that the case had been decided outside the merit of the technical and legal issues, Tahir Amin, co-founder and director of Intellectual Property Initiative for Medicines, Access & Knowledge (I-MAK) said that the organisation would appeal against the decision.

''The Indian patent office has had to deal with a lot of external influences around this case, especially since the initial decision last year. Clearly the decision has been taken outside the realm of the patent office. The decision has not been reasoned properly and there are a lot of discrepancies. The interpretation of the law as it is intended has not been applied and we will be appealing against it.''