British pharmaceutical giant AstraZeneca Plc has agreed to buy leading US healthcare and pharma company Bristol-Myers Squibb's (BMS) half of the stake in the diabetes business that the two companies developed, for a total consideration of approximately $4.3 billion, aiming to strengthen a core strategic area of the company to return to growth. 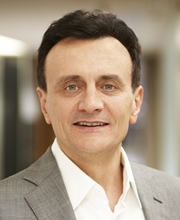 Under the terms of the deal, AstraZeneca will pay initially $2.7 billion on completion of the transaction and up to $1.4 billion in regulatory, launch and sales related payments. The company may make payments of up to $225 million when certain assets are subsequently transferred, AstraZeneca said in a statement yesterday.

In addition, AstraZeneca has also agreed to pay various sales-related royalty payments to BMS up until 2025.

AstraZeneca chief executive officer Pascal Soriot, of said, ''Diabetes is rapidly becoming a global challenge of epidemic proportions that is expected to affect more than 550 million people by 2030. Much of this impact will be felt in emerging markets where AstraZeneca has a strong presence.''

''Together with Bristol-Myers Squibb we concluded that consolidating ownership of the diabetes portfolio would benefit both companies and allow us to better serve the needs of diabetic patients.''

Since taking over in October 2012, Soriot has focused on diabetes as a key area for growth, in view of the growing epidemic of the disorder as global obesity levels grow.

For Bristol, the divestment is a move away from research into areas like cancer, where it is developing promising immune system-based therapies

The transaction will consolidate worldwide ownership of the diabetes business of the joint venture within AstraZeneca leveraging its primary and specialty care capabilities and its geographical reach, especially in emerging markets, the company said.

''Today's announcement reinforces AstraZeneca's long-term commitment to diabetes, a core strategic area for us and an important platform for returning AstraZeneca to growth,'' Soriot said.

It is anticipated that about 4,100 BMS employees in the diabetes business will eventually be transferred to AstraZeneca. However BMS will keep a number of R&D and manufacturing employees dedicated to diabetes to progress and support transition in the areas of specified clinical trials in line with ongoing clinical trial plan.

The company intends to fund the acquisition from cash in hand and short-term credits.

The transaction is expected to have no impact on its core EPS guidance for 2013 and expects neutral impact in 2014.

The company said that the fair value of the assets acquired is approximately $8.3 billion and, in view of the late stage development and launch phase of the drugs, an estimated pre-tax loss of $400 million was attributable to these assets in 2012.

It further said that it will incur a non-cash, non-core impairment charge of about $1.7 billion related to BMS' acquisition of Amylin in 2012.

The transaction is expected close in the January 2014, subject to customary closing conditions and regulatory approvals.

Worldwide, over 370 million people suffer from diabetes and the figure is projected to cross 550 million by 2030 which could eventually lead to cardiovascular disease. Significant unmet needs still exist, as many patients remain inadequately controlled on their current glucose-lowering regimen.

London-based AstraZeneca is a global bio-pharmaceutical business that focuses on the focuses on the discovery, development and commercialisation of prescription medicines, primarily for the treatment of cardiovascular, metabolic, respiratory, inflammation, autoimmune, oncology, infection and neuroscience diseases. The company operates in over 100 countries and its annual turnover is around $28 billion.