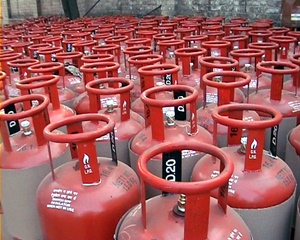 "Today, the world is passing through difficult times. Even as the world is recovering from Covid-19 pandemic, the Ukraine conflict has brought in supply chain problems and shortages of various goods. This is resulting in inflation and economic distress in a lot of countries,"  finance minister Nirmala Sitharaman said in a series of tweets.
The duty cut will have revenue implication of around Rs1 lakh crore per year for the government, she said, adding that the government, however, is committed to ensuring that prices of essential items are kept under control.
Sitharaman also said that the government has ensured that there are no shortages or scarcity of essential goods despite supply challenges. Even a few developed countries couldn't escape some shortages or disruptions, she added.
"I wish to exhort all state governments, especially the states where reduction wasn't done during the last round (November 2021), to also implement a similar cut and give relief to the common man," she said.
Simultaneously, the government also decided to reinstate domestic consumer subsidy, at  Rs200 per LPG cylinder (up to 12 cylinders) to over 90 million beneficiaries of Pradhan Mantri Ujjwala Yojana, for this year.
"This will help our mothers and sisters. This will have a revenue implication of around Rs6,100 crore a year."
Besides, the government will reduce customs duty on raw materials and intermediaries for plastic products where the country's import dependence is high. It will result in reduction of cost of final products.
Te centre is preparing a detailed notification with specifics on all these decisions, which  will be issued soon
Govt of India had, about seven months ago, taken a significant decision of reducing central excise duty on petrol by Rs5 and on diesel by Rs10, bringing down prices of petrol and diesel accordingly. It had also urged state governments to commensurately reduce VAT on petrol and diesel to give relief to consumers.
Reduction in excise duty on diesel will benefit the Indian farmers who, through their hard work, have kept the economic growth momentum going even during the lockdown phase. Massive reduction in excise on diesel will come as a boost to the farmers during the upcoming Rabi season.
Reduction in excise duty on diesel and petrol will give a further fillip to the economy. It will also boost consumption and keep inflation low, thus helping the poor and middle classes.
The latest decision is expected to further spur the overall economic cycle.
MORE REPORTS