Fuel costs in India are poised to go up by Rs21-24 per litre as Brent, the global benchmark crude, raced past the $130 per barrel mark on Monday as the Ukraine crisis spooked the oil market already struggling to meet rising demand. 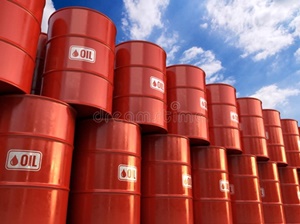 The surge in crude oil prices to above $130 is set to significantly increase India's import bill on crude oil in the coming weeks. India imports over three-fourths of its oil needs.
While pump prices of fuels in the country remained unchanged under an informal government diktat, the sharp increase in crude prices has widened the gap between the actual cost and retail prices of petrol and diesel, leading to under-recovery for retailers. According to ballpark, every $1 increase in crude price impacts retail rate by 70-80 paise.
The freeze on price revision is expected to be lifted once the polling ends on 7 March 7 when the retailers will start raising the prices. They, however, may not get to recoup the past under-recovery fully, which will impede profit of companies such as IndianOil, Hindustan Petroleum and Bharat Petroleum. But on the flip side, high oil prices will buoy the bottom lines of domestic producers such as ONGC and Oil India Ltd.
The growing uncertainty in the global economy over the Ukraine crisis and its disruptive impact on global trade and shipping services following sanctions on Russia drove benchmark Brent crude oil futures to $130.89 per barrel early on Monday, the highest in more than 14 years.
Oil prices soared above $130, their highest since 2008 on Monday, as the risk of a US and European ban on Russian oil imports and delays in Iranian talks triggered tight supply fears, after having climbed over 20 per cent last week.
Brent prices gained 21 per cent, and US crude West Texas Intermediate (WTI) posted 26 per cent gains. Russia exports 4 million to 5 million barrels of oil daily, making it the second-largest crude exporter in the world after Saudi Arabia.
The Ukraine crisis is expected to keep oil on the boil in the coming months, unless a breakthrough in the US-Iran talks brings Iranian oil to the market. But there will be no hiccup on supplies since India barely imports oil from Russia through the western route.
But the Ukraine crisis will pinch India in gas prices too. India meets half its gas needs through imports by way of LNG, or liquefied natural gas. Though India hardly imports LNG from Russia, the crisis has pushed up the fuel’s prices. This will raise the cost for industry.
Rising fuel costs will jack up inflation and may prompt hardening of monetary policy by the RBI, raising the cost of living.
MORE REPORTS