India has begun negotiations with Russia on long-term assured supplies of crude oil, especially from Russia’s Far East, as New Delhi looks to diversify its energy sources and secure supplies by doing away with over-dependence on unstable West Asia. 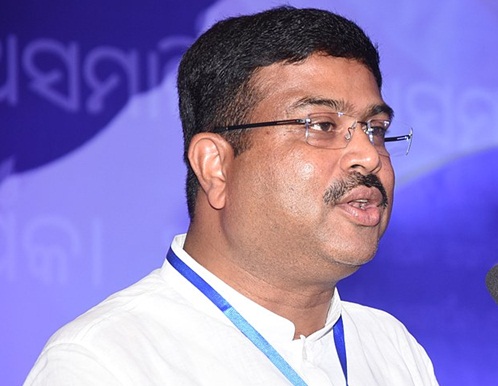 The talks are essentially between Russian state-owned oil and gas giant Rosneft and India’s petroleum ministry.
Along with agreement on long-term supplies of crude oil, India is also looking at an agreement on liquefied natural gas (LNG) supplies from Russia, sources familiar with the negotiations said.
Earlier, on Tuesday, minister for petroleum and natural gas, Dharmendra Pradhan met members of a Russian delegation to discuss areas of co-operation in oil and gas sector.
“With the guidance of our strong leaders, we have strengthened our engagement in hydrocarbon sector. There is an ‘Energy Bridge’ between our two countries. With Russia being one of the largest producers of oil and natural gas and India being the world’s third largest energy consumer, Russia has the potential to become an important source to fulfil India’s oil and gas requirements,” Pradhan said.
The joint statement on cooperation in oil and gas during Prime Minister Narendra Modi’s visit to Russia in September provides a roadmap to deepen cooperation in the hydrocarbon sector, the minister said, adding that India had invited Russian companies, particularly in gas business, gas infrastructure and petrochemicals, to invest in India.
On the gas based economy, he said, “India has also embarked on the path of becoming a gas based economy. India is investing over $60 billion in developing natural gas supply and distribution infrastructure. LNG imports from Russia at competitive rates will help us in meeting the objectives of price stability and energy security.”
Speaking about connectivity, Pradhan said, “We are keen to explore the new sea route to source crude oil and LNG through Russia’s Arctic. The route has the potential to cut cost and time for transporting LNG from Russia to India. A sea line between Far-East Russia and the East Coast of India will also facilitate sourcing of coking coal from the region.”
On crude oil sourcing, Pradhan said, “We are working on the strategy to diversify our crude oil supply sources and we are now exploring ways to import crude from Russia as well.”
Russian is looking at tapping reserves in its Far East region, which stretches from Siberia to the Pacific Ocean and is estimated to have 10 to 14 billion tonnes of oil and 14 to 15 trillion cubic metres of gas.
The negotiations on oil and gas supplies are part of the five-year road map for cooperation in the hydrocarbons sector that was signed during Prime Minister Narendra Modi’s visit to Vladivostok last September for the Eastern Economic Forum and the annual summit with Russian President Vladimir Putin.
Russian gas producer Novatek also signed an agreement with Indian energy firm Petronet LNG Ltd (PLL) for LNG supply and joint development of downstream LNG business.
A joint statement issued after the Modi-Putin summit said the two sides would cooperate in geological exploration and joint development of oil and gas fields in Russia and India, and develop ways of delivering Russian energy resources to India, “including a long-term deal for sourcing Russian crude oil”.
India imports over 80 per cent of the crude it processes and almost half of its oil imports are from the Gulf region, which is prone to disruptions because of geopolitical reasons. “This often threatens our energy security, both in terms of price and supply volatilities. Energy import from Russia is, a reliable alternative,” Pradhan said.
Though India has a refining capacity of 249.4 million tonnes and annual capacity utilisation has been often more than 100 per cent. India is looking for reliable and economical alternatives, especially after the US embargo against Iran. Russia could be one such alternative, sources pointed out.
Indo-Pacific concept aimed at disrupting existing structure: Lavrov
The new concept of Indo-Pacific cooperation has been initiated only to divert the focus from an inclusive Asia to India, only to undermine the status of China,  Russian foreign minister Sergey Lavrov has said.
Lavrov, who is in Delhi to attend the annual Raisina Dialogue, said the concept was initiated to disrupt the existing structure and contain China.
Addressing the gathering at the Raisina Dialogue, he also said that an equitable democratic order should not be influenced by use of brutal force.
The new Indo-Pacific concept being pushed by the US, Japan and others is an attempt to reconfigure the existing structure, he said.
“Why do you need to call Asia-Pacific as Indo-Pacific? The answer is evident - to exclude China. Terminology should be unifying, not divisive. Neither SCO nor BRICS is exclusionary,” Lavrov said.
“When we asked the initiators how Indo-Pacific is different from Asia-Pacific, we were told it is more democratic. We don’t think so. It is rather tricky. We have to be careful about the terminology which looks benign but is not,” he said.
The Indo-Pacific has been a major focus area of India’s foreign policy in the last few years and the country pushing for the peace and stability of the region.
Lavrov also backed India and Brazil to be permanent members of the United Nations Security Council (UNSC).
Speaking at the event, external affairs minister S Jaishankar said India’s way is not to be disruptive and it is more of a decider than an abstainer.
In remarks that come at a time that several countries have called for a greater Indian role in the Indo-Pacific, the minister also said it is not the India way to be mercantilist.
MORE REPORTS