State-owned Saudi Aramco is reported to have received orders worth $100billion for its debut international bond issue, which is expected to raise more than $10 billion. 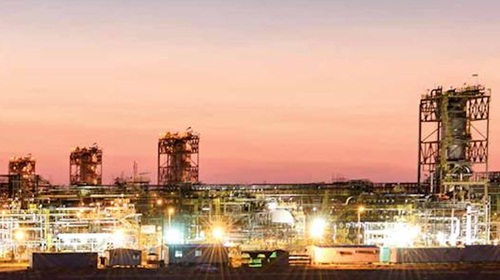 Ahead of the six-part bond deal was marketed on Monday, Saudi energy minister Khalid al-Falih said initial indications of interest for the paper were over $30 billion.
The wider interest in Aramco’s initial public offer is seen as a gauge of potential investor interest in the Saudi company despite concerns over its state ownership and Crown Prince Mohammed bin Salman’s level of intervention in the company’s affairs.
The bond sale will help Aramco finance its $69 billion purchase of another state-controlled company, Saudi Basic Industries Corporation (Sabic), which will, in turn, help raise cash for the country’s sovereign wealth fund, which owns a majority stake in Sabic.
The bonds, which saw the largest demand for an emerging market issue, surpassed the $52 billion order book for Qatar’s $12 billion last year and the $67 billion demand for Saudi Arabia’s inaugural issue in 2016.
The Aramco bond has attracted interest from a wide range of investors, mainly on the basis of its huge profits, which places it on a par with other oil giants. The state-owned company, however, insisted on its independence at an investor meet ahead of the bond issue last week.
Aramco also, last week, opened for the first time its books to investor scrutiny, showing it is by far the most profitable company in the world.
With core earnings of $224 billion last year and $86 billion in free cash flow at the end of 2018, Aramco does not need to borrow.
And despite initial indications of over $30 billion in investor demand Aramco did not set any premium to the notes.
The issue follows on the heels of Aramco’s planned $69.1 billion acquisition of a 70 per cent stake in petrochemicals firm Saudi Basic Industries Corp (SABIC) from the Saudi sovereign wealth fund.
MORE REPORTS