Gas distribution to cover 70% of population in 2-3 years: Modi

Prime Minister Narendra Modi on Thursday launched the tenth round of bidding of city gas distribution (GCD) that, he said, would extend the gas distribution network to more than 400 districts, covering around seventy per cent of the population, over the next 2-3 years. 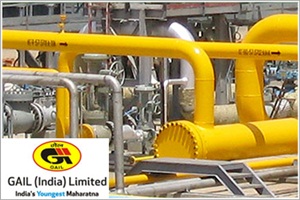 The prime minister also laid the foundation stone through video conferencing, to mark the commencement of work for city gas distribution awarded under the ninth CGD bidding round, at Vigyan Bhawan, in New Delhi.
Addressing a gathering, Modi said work for setting up city gas distribution network has started in 129 districts, under the ninth round of CGD bidding. The CGD projects flagged off by Modi on Thursday cover 65 geographical areas (GAs) in 129 districts.
The tenth CGD bidding round will cover in 50 GAs spread over 124 districts in 14 states covering 24 per cent of the country’s population, he said.
A total of 86 GAs were awarded during the ninth round. Of these, two awards were challenged and therefore are sub-judice. However, as some of these are in regions where elections are due and are under the model code of conduct, the PM laid the foundation stones for projects in just 65 GAs.
He said the coverage of GCD network has gone up from 66 districts in 2014 to 174 districts at present, adding that as per the commitment made in the ninth bidding round, around 20 million PNG (domestic) connections and 4,600 CNG stations are expected to be installed in the next eight years across the country. This has expanded the potential coverage of the CGD network to about 50 per cent of population spread over 35 per cent of India’s geography.
Minister for petroleum and natural gas Dharmendra Pradhan said, “at present, the share of gas in the country’s energy mix is just over 6 per cent and the aim is to reach the 15 per cent mark, while the world average is 24 per cent.”
“Efforts are not only being made to increase the use and supply of gas, but also to produce gas through agro-wastes and other products and include the same into the CGD network,” Pradhan added
Modi said the nation is now moving towards a gas-based economy, extending the availability of clean energy across the country. The government, he said, is also taking various steps to strengthen the gas infrastructure in the country, by increasing the number of LNG terminals, creating nation-wide gas grid and creation of city gas distribution network.
The prime minister said CGD networks will play a major role in achieving clean energy solutions. He also said the government's efforts towards clean energy are broad based. In this context, he mentioned various clean energy initiatives like ethanol blending, compressed bio gas plants, increased LPG coverage and introduction of BS-6 fuels for automobiles.
Modi said more than 120 million LPG connections were provided in the last four years, adding that gas networks in cities create a new ecosystem, one that enables gas based industries, generates employment to youth and provides ease of living to citizens.
The prime minister said the government would strive to fulfil the targets set for clean energy and gas-based economy, which, he said, would not only serve the citizens of the country but the whole of humanity and the future generations.
MORE REPORTS