Chinese petroleum giant PetroChina will soon open an office in Mumbai as it expands operations in overseas to find market for its products after building up refining capacity for years. 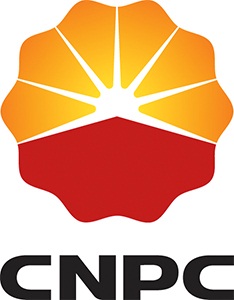 PetroChina, a unit of China National Petroleum Corporation (CNPC) plans to trade in oil products and crude oil through the Indian office, reports quoting sources familiar with the matter as saying. This is a sign of a glut in refinery products in Asia.
The company is reported to have been registered as PetroChina International (India) on 17 July with a total paid-up capital of Rs3.3 crore ($444,000) in Mumbai, according to the information posted on the ministry of corporate affairs website.
It has three directors listed including Rajesh Sampatkumar Modani, who had been working as a principal consultant with law firm Trilegal, according to his LinkedIn profile.
The others are Hongwei Xia, who is currently at PetroChina's Singapore office, and Chi Zhang.
"For products, India is nearer to Africa, so it makes sense to buy from India and export," the source added.
PetroChina already buys refined products from Nayara Energy and Reliance Industries, said a second source familiar with the company's plan.
He said the company is scouting for space to open its corporate office, and is using a temporary address for registration of the Indian entity.
Chinese state-owned refiners have recently been boosting shipments of oil products such as diesel to Europe, South America and West Africa as they expand their foothold outside of China.
PetroChina International currently has offices in Hong Kong, Singapore, the United States, Kazakhstan, Japan, London, Russia, Indonesia, Vietnam, Venezuela, Turkmenistan, Uzbekistan, Mongolia and Dubai, according to the company website.
MORE REPORTS