Petrol and diesel prices hit new highs on Sunday as they continued to climb on the back of a falling rupee and surging global crude oil prices, adding fuel to opposition-sponsored protests across the country. 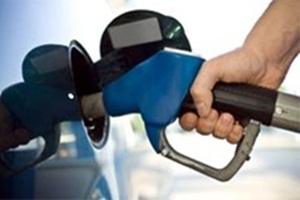 On Sunday, the price of petrol in Mumbai soared to Rs87.89 a litre, edging close to the Rs88 a litre after oil marketing companies raised prices by 12 paise per litre.
Diesel price was up 10 paise a litre, according to the price price notification issued by state-run fuel retailers.
The increase pushed the petrol price in Delhi to Rs80.50 per litre. Diesel touched its highest level of Rs72.61 a litre. Fuel prices in Delhi are the lowest among all metros and most state capitals due to lower taxes.
Opposition parties have called for a nation-wide 'Bharat Bandh' to protest against the spiralling fuel prices. They blame the government's unwillingness to cut excise duty for the high fuel prices and consumer burden.
The government, on the other hand, blame soaring prices of crude oil for rising fuel prices.
The opposition Congress party has asked its workers to observe a `Bharat Bandh’ from 9 am to 2.30 pm today in protest against the rising fuel prices.
Congress spokesperson Ajay Maken on Sunday said: “I urge all workers to ensure the bandh is observed peacefully and efforts are made to send across the message. We will protest the Gandhian way.”
Maken said 21 political outfits had extended support to the bandh. The Trinamool Congress and the BSP are not supporting the bandh.
A section of Opposition leaders will, however, stage a symbolic sit-in at the Rajghat to demand a cut in fuel prices.
The Congress alleges that the government has pocketed Rs11,00,000 crore by way of excise duty collections on petrol and diesel.
It has not passed on the benefits of reduced global fuel prices to the customers. It has also turned a blind eye to the Congress demand to put petrol in the GST regime, according to a Congress spokesman.
The call for Bharat bandh has got support from several political parties, including NCP, DMK, MNS, RJD, JD(S), SP, RJD, and HAM(S) among others.
In Congress-ruled Karnataka, the state government has declared public holiday for today’s bandh for schools and colleges in Bengaluru as a precautionary measure.
In Bihar, Lalu Prasad’s Rashtriya Janata Dal (RJD) along with other opposition parties in the state extended its support to Congress and left parties-called shutdown. Leaders from Congress, RJD, HAM(S), and NCP in a joint press conference vowed make the shutdown a “grand success”.
The state government has ordered all district magistrates and senior police officials in the state to be alert on 10 September. The government has asked the police to increase patrolling on all major routes.
Several private schools and children’s welfare associations have declared a holiday on Monday, according to News 18
In Odisha, education secretary P K Mohapatra said all schools in the state will remain closed for the bandh. However, the state government has urged all employees to reach office by 9 am to avoid a run-in with the protestors.
West Bengal chief minister Mamata Banerjee-led TMC, however, chose not to associate with a Congress-sponsored bandh and issued a circular asking all government employees to report to office on Monday.
Congress party, in its turn, criticised the West Bengal government of aggravating the problem by levying Value Added Tax (VAT) on fuel prices.
MORE REPORTS