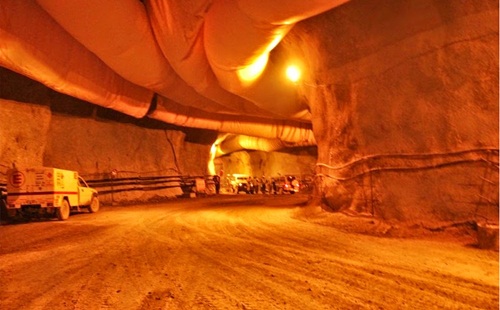 The Union Cabinet on Wednesday approved setting up of additional 6.5 million metric tonne (MMT) strategic petroleum reserve facilities at two locations Chandikhol in Odisha and Padur in Karnataka.
India already has a strategic storage capacity of 5.33MMT of crude oil at Vishakhapatnam (1.33 MMT), Mangalore (1.5 MMT) and Padur (2.5 MMT), which is in addition to the existing storages of crude oil and petroleum products with oil companies and serve as a cushion during any external supply disruptions.
These strategic reserves are estimated to meet approximately 10 days of India’s crude requirement according to the consumption data for FY2016-17.
The petroleum reserves are maintained by Indian Strategic Petroleum Reserves Limited, a wholly owned subsidiary of Oil Industry Development Board (OIDB) under the petroleum minstry. Engineers India Limited is the project management consultant for all three projects.
These new reserves  will meet the needs of another 12 days and are expected to double India’s energy security.
The new reserves also include construction of dedicated single point mooring for the two strategic petroleum reserves.
The new storage facilities at Chandikhol and Padur will be underground rock caverns and will have capacities of 4 MMT and 2.5 MMT respectively.
The government had announced setting up of two additional SPRs in the budget announcement for 2017-18.
The cabinets in-principle approval is to take up the project under PPP model to reduce budgetary support from the centre.
The construction phase of the reserves at Chandikhol and Padur is likely to generate significant direct & indirect employment in the two states.
MORE REPORTS